A continuous glucose monitoring (CGM) device with a fully implantable sensor, FDA-approved for adults the day before the ADA’s 78th Scientific Sessions, has also been shown to be safe and effective in a largely adolescent population. 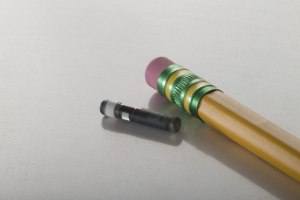 The Senseonics Eversense CGM comprises the sensor implanted into the upper arm, a removable transmitter worn over the sensor like a patch, and a mobile app that can be displayed on a smart phone or Apple Watch.

The technology, previously shown to be safe and effective in the 2017 European PRECISE trial and the 2018 US PRECISE ll trial, has been available in Europe since late last year.

Dr Ronnie Aronson, an endocrinologist and chief medical officer of LMC Diabetes & Endocrinology in Toronto, told the ADA meeting the Canadian study enrolled 30 adolescents and six adults with type 1 diabetes. Most of the participants (64%) had previously used a CGM device.

Participants had a sensor implanted in their upper arm during a simple, in-office procedure in the diabetes clinic and were then followed monthly until the sensor was removed at 180 days.

He said the mean absolute relative difference (MARD), a measure of accuracy and stability, was shown to be 9.4% overall – comparable with other CGMs on the market.

The transmitter was worn for an average of 23 hours per day and the sensor had a 78% survival at trial end.

“There was a high satisfaction with use and no serious adverse effects. Insertion and removal procedures were well tolerated and safe,” Dr Aronson said.

He said participants appreciated the sensor’s extended life span of 180 days  – a convenient improvement on current CGMs which were replaced every 7-10 days.

Other features include a water-resistant transmitter which gave vibratory alerts when glucose levels were going either high or low.

“While we were not attempting to manage the patients’ blood glucose levels with the device in our study, the awareness of their glucose levels allowed them to spontaneously achieve a better HbA1c over time,” Dr Aronson said.

Current recommendations are to use a different site for each insertion but there is no particular reason not to use the same site if there is no active inflammation, he added. The sensor elutes 3ug per day dexamethasone in order to minimise inflammation in the site.

The FDA approval in the US is for 90 days in adults in accordance with the timing of the PRECISE ll trial.

In another study presented at the meeting, 23 patients wore the Eversense, Dexcom G5 and Abbott’s Freestyle Libre Pro concurrently.

The three-way comparison found the accuracy of the Eversense was better than the other CGM devices (mean absolute relative differences of 14.8% vs 16.3% and 18.0% respectively).