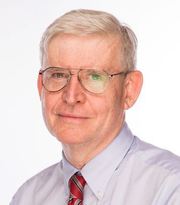 Islet cells developed at the Westmead Institute for Medical Research’s Storr Liver Centre have shown biological activity when transplanted in animal studies, according to initial results, published in Nature.

The stem cell derived islets have the advantage of over human pancreatic islet transplantation of being less immunogenic and thus avoiding transplant rejection and the need for recipients to take immunosuppressant drugs for the rest of their life, the researchers say.

“Pancreatic islets contain multiple cell types, not just insulin-producing beta cells. The research team created three-dimensional HILOs that not only include beta-like cells (the cells that produce, store and release insulin in the islets of the pancreas), but also other supporting cell types found in normal islets,” he explained.

“Under the microscope, and using gene sequencing analysis, we are able to show that the three-dimensional HILOs are very similar to human islets. When the HILOs are transplanted into diabetic mice, they secrete insulin when blood glucose levels are high, just as normal islets would.”

Human pancreatic islet transplantation is funded by the Australian Government, but because of its limitations is currently limited to people with severely unstable type 1 diabetes who experience recurrent and severe hypoglycaemic episodes.

“This research indicates the potential to alleviate some of these issues.  Stem cells derived from readily available human tissues can be expanded then re-programmed into potentially unlimited numbers of islets that are suitable for transplantation,” he said.

The Westmead researchers also showed that increasing PD-L1 (a protein that acts to suppress the immune system, especially in the instances of autoimmune disease and tissue grafts) helps to protect the transplanted cells.  Essentially, transplanted HILOs are able to ‘hide’ from the immune system.

Professor Liddle said that the team then sought a way to maintain PD-L1 expression without the need for genetic engineering.

“We did this by treating the HILOs with pulses of the protein interferon gamma. This process induced natural PD-L1 expression in the HILOs, restricting the ability to form an immune response and reducing the incidence of graft rejection.

“When these HILOs are transplanted into diabetic mice, they provide sustained glucose control in mice with healthy immune systems for at least 50 days.”

Professor O’Connell said that this finding addresses a significant barrier to islet transplantation – the destruction of transplanted cells by the body’s own immune system.

“The body’s normal immune response is to attack any foreign cells, such as transplanted islets. So, patients who currently undergo pancreatic islet transplantation need to take immunosuppressant drugs for the rest of their lives in order to prevent this.

“However, immunosuppressant drugs can have significant side effects and can impact the individual’s quality of life.

“More research is needed, but if we are able to find a way to re-establish long-term pancreatic islet function and return blood glucose levels to normal, as well as reduce the need for immunosuppressants, that would be a game-changer for patients with type 1 diabetes.

Professor Liddle acknowledged that more research is needed before this approach is ready for human clinical trials.

“The HILOs need to be tested in the laboratory for longer periods to confirm that their effects are long-lasting. More work will also need to be done to ensure safety for use in humans.

“However, we believe this is a significant step toward an injection-free or device-free future for people with type 1 diabetes.”