Women who discontinue bisphosphonates for more than two years have up to a 40% greater risk of hip fracture, a US study presented at EULAR 2018 here in Amsterdam has shown.

Taking bisphosphonate therapy for three to four years is known to reduce fracture risk in osteoporotic women, but the question of how long to continue bisphosphonates has been a cause of controversy since reports emerged of atypical femoral stress fractures and osteonecrosis of the jaw occurring with prolonged bisphosphonate use.

Australian guidelines recommend re-evaluating the need for bisphosphonate therapy after five to ten years, while US Food and Drug Administration (FDA) advice is that due to the lack of evidence for further increases in fracture benefit after three to five years, bisphosphonates may be safely discontinued, at least for a period of time.

As a result, ‘drug holidays’ (temporary or permanent discontinuation) of bisphosphonates after long-term (three to five years) continuous therapy are becoming increasingly common in the United States.

To evaluate the impact of a drug holiday, researchers at the University of Alabama at Birmingham conducted a population-based cohort study looking at the rate of hip fracture following bisphosphonate discontinuation.

Using US Medicare data from 2006–2014, they identified 156,236 women who had been at least 80% adherent to bisphosphonates for three years and had not been using other bone therapies (denosumab, oestrogen, teriparatide or calcitonin). The most commonly used bisphosphonates were alendronate and zoledronic acid. 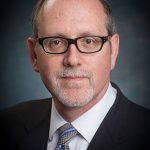 The researchers calculated that women who took a drug holiday of more than two years had a 40% increased risk of hip fracture, and a lesser but still significant increased risk for other fractures compared with women who continued taking bisphosphonates.

“Contrary to some guidelines, a longer-term bisphosphonate holiday may not be appropriate for all patients,” concluded study investigator Professor Kenneth Saag, a rheumatologist from the University of Alabama at Birmingham. However he added that the absolute fracture risk for those who discontinued versus those who continued was “relatively modest” 0.5-1 per 100 patient years.

The ideal, he added “would be a randomised trial of either people staying on bisphosphonates or stopping, but it is practically impossible to do that study anymore”.