Flu vaccination urged for all people with diabetes

All people with diabetes are being urged to have a flu vaccination this year to help counter the high risk of hospitalisation and complications from the infection.

Diabetes Australia says it is especially important for the 650,000 Australians with diabetes aged over 65 to receive a flu vaccination, after a nightmare 2017 flu season claimed more than 1000 lives. 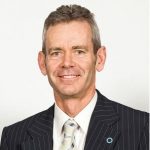 “All Australians with diabetes should get the flu shot, but older Australians are at a higher risk of severe flu and even death,” said Diabetes Australia CEO Professor Greg Johnson.

Diabetes may impair immune responses and increase the risk of serious infection from flu. And influenza’s disruption of eating drinking and medication consumption can make it more difficult for people to manage their diabetes,” he noted.

“In some cases, this can lead to diabetic ketoacidosis and even death.”

People with diabetes should take advantage of free vaccinations available to them through their GP,” the RACGP recommends.

In addition, two ‘enhanced’ flu vaccines, Fluad and Fluzone High Dose, are available this year for free for over 65s under the Federal Government’s National Immunisation Program.