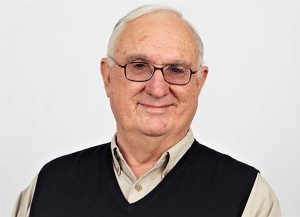 The Garvan’s Emeritus Professor Ted Kraegen has been recognised for his service to diabetes research in the Queen’s Birthday 2019 honours list.

Professor Kraegen was awarded an Officer (AO) in the General Division for his “distinguished service to medicine, and to medical education, in the areas of diabetes, obesity and glucose metabolism research”.

His career spans over 50 years – from when he joined the Garvan Institute of Medical Research as a PhD student in 1967 to his current consultative role.

Among his achievements, Professor Kraegen was one of the first in the world to develop an artificial pancreas to study type 1 diabetes.

He also made significant contributions to a team that initiated low dose intravenous insulin infusions for treatment of severe diabetic ketoacidosis.

Professor Kraegen also played a role in discovering that abnormal fat metabolism was the major cause of dysregulated insulin action in diabetes and obesity.

Expatriate Professor Richard Pestell was also awarded an AO for his “distinguished service to medicine, and to medical education, as a researcher and physician in the fields of endocrinology and oncology”.

Professor Pestell’s expertise lies in hormone responsive tumours of the breast and prostate.

He is currently president of the Pennsylvania Cancer and Regenerative Medicine Research Center.

Associate Professor Leon Simons was awarded an AM for “significant service to cardiovascular medicine, and to education”.

Associate Professor Simons, an endocrinologist, has been director of the Lipid Research Department at St Vincent’s Hospital in Sydney since 1973 and chief investigator of the flagship Dubbo study.

He is a life member of the Australian Atherosclerosis Society.