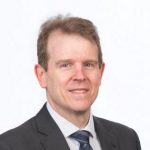 SGLT2 inhibitors and angiotensin receptor neprilysin inhibitors (ARNis) are the ‘new kids on the block’ in the latest update of national heart failure guidelines.

The National Heart Foundation of Australia and CSANZ Guidelines for the Prevention, Detection and Management of Heart Failure in Australia 2018, launched at the 2018 Cardiac Society of Australia and New Zealand (CSANZ) Annual Scientific Meeting in Brisbane, are a significant revision of the 2011 version, according to the authors.

Chair of the guidelines working group Associate Professor John Atherton says the role of ACE inhibitors is still central in the pharmacological prevention of heart failure.

“But what is new is we have acknowledged this new class of drug the sodium-glucose cotransporter 2 (SGLT2) inhibitors, which we have recommended in patients with type 2 diabetes associated with cardiovascular disease with insufficient glycaemic control despite metformin, to reduce the risk of cardiovascular events and also decrease the risk of heart failure hospitalisation,” says Professor Atherton, who is Director of Cardiology, Royal Brisbane and Women’s Hospital.

He says the strong recommendation is based on high quality of evidence from the EMPA-REG and CANVAS studies of empagliflozin and canagliflozin.

Pharmacological management of chronic heart failure in 2018 remains similar to the 2011 guidelines – driven by ACE inhibitors, the ‘heart failure’ beta-blockers such as bisoprolol, carvedilol and metaprolol, and mineralocorticoid receptor antagonists (MRA).

“But the new kids on the block here are the ARNis, referring of course to sacubitril-valsartan being recommended as a replacement for an ACE inhibitor with at least a 36-hour washout period because of the risk of angioedema,” he tells the limbic.

Recommendations around the use of angiotensin receptor blockers (ARBs) and ivabradine in patients with persistent HFrEF are unchanged since 2011.

The 2018 guidelines also include specific recommendations for patients with a mildly impaired ejection fraction (LVEF 41-49%).

“We also thought it was important to include a recommendation that unless you identify and correct a reversible cause of heart failure – maybe tachycardia has been addressed or mediated or perhaps alcohol has been withdrawn – neurohormonal antagonists should be continued at target doses in patients with heart failure associated with a recovered or restored ejection fraction, to decrease the risk of occurrence.”

Associate Professor Atherton says that while there isn’t enough evidence to make recommendations in HFpEF, the updated guidelines do provide some practice advice such as treating congestion with diuretics and managing risk factors such as hypertension.

“And we thought there was enough evidence to make a comment that low- dose spironolactone might be considered to reduce heart failure hospitalisations.”

The guidelines also recommend against glitazones in patients with diabetes and heart failure due to the risk they will lead to worsening heart failure.

In practice advice on the management of comorbid heart failure and diabetes, the guidelines also state: