Designer cytokine may be the next treatment for T2D 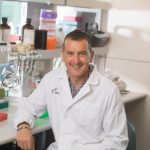 Australian researchers say they have developed a designer cytokine  – IC7Fc  – that promises to have multiple actions to treat type 2 diabetes.

The novel molecule IC7Fc combines the effects of  interleukin-6 (IL-6) and ciliary neurotrophic factor (CNTF) to improve glucose tolerance and hyperglycaemia and prevent weight gain and liver steatosis, according to Professor Mark Febbraio, Head of the Diabetes and Metabolism Division at the Garvan Institute for Medical Research, Sydney.

Writing in Nature, Professor Febbraio and colleagues say that the team ‘fused’ the two parent drugs to create a designer cytokine with CNTF-like, but IL-6-receptor-dependent, signalling.

In animal studies they have shown that IC7Fc concomitantly increases glucagon and the incretin response. The drug decreased hepatic steatosis while increasing liver fatty acid oxidation and insulin secretion to improve glucose homeostasis.

In addition, IC7Fc showed the ability to induce muscle hypertrophy that would potentially reduce the risk of T2D. It also appeared to increase bone density, in contrast to some other drug classes used in the treatment of T2D.

And unlike the parent drugs that were analogues of endogenous cytokines, IC7Fc was not immunogenic and therefore did not have the immune or inflammatory adverse effects seen with earlier candidate molecules.

“In summary, we have demonstrated that the designer, chimeric gp130 receptor ligand IC7Fc decreases liver steatosis and increases insulin action, stimulating incretin secretion and circulating glucagon, which can reduce hyperglycaemia without risking hypoglycaemic events,” they wrote.

“To our knowledge, there are no current drugs that have these multiple, positive benefits to overall health and metabolism.

“IC7Fc is, therefore, a viable and realistic biological therapy to treat T2D and muscle atrophy and we intend to progress to phase I human clinical trials.”