Change the name to redefine T1D as an autoimmune disease: experts 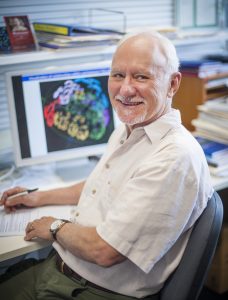 Redefining type 1 diabetes as an initially asymptomatic autoimmune β-cell disorder (ABCD) rather than a metabolic disorder at the end-stage of the disease process will help pave the way for its prevention, researchers say.

Writing in a Perspectives article in the MJA, Professor Jenny Couper from the Women and Children’s Hospital and the University of Adelaide’s Robinson Research Institute, and Professor Leonard Harrison from the Walter and Eliza Hall Institute of Medical Research, said the ABCD paradigm has important potential benefits.

“It may minimise the risk of diabetic ketoacidosis (DKA), decrease psychological stress in affected families, and lead to earlier initiation of treatment trials with a higher likelihood of preserving insulin production and preventing clinical disease,” they wrote.

Speaking to the limbic, Professor Robinson said current ethical restrictions meant agents could only be used after a clinical diagnosis of diabetes, which was too late.

“It’s a fact that the disease starts early in life as an autoimmune disease and ends up in an end-stage pathology with metabolic consequences when it is traditionally presents clinically to the hospital.”

“Unfortunately it’s a fact that is unknown not just by the general lay public, but even by many doctors.”

Using the ABCD paradigm might open up the opportunities to interrupt the natural history of the disease, he said.

“People first need to understand what the natural history of the disease is and then we need to put the case that because of the failure to achieve anything at the end stage, we have to redefine the paradigm of what is type 1 diabetes to say it is primarily an autoimmune disease that starts in early life.”

As referred to in the MJA article, Professor Harrison said it was easier to identify a disease such as juvenile rheumatoid arthritis when the signs and symptoms of joint disease were obvious.

However with type 1 diabetes, a lack of beta cells only becomes apparent when most of them have gone and blood glucose levels have increased.

“It’s latent, it’s invisible but it’s still a disease. If you want to intervene and prevent that becoming permanent then you have to understand that it isn’t a disease only when it presents in the end stage.”

“For the child who has got the autoantibodies and has a high risk of getting diabetes, the risk of ending up at the Royal Children’s Hospital with ketoacidosis is almost zero.”

“And that is really important because it’s currently about 30% of newly diagnosed type 1 diabetes turning up with weight loss, high blood glucose, ketones, and so on. That is distressing to child, the family and everyone but it also costs the healthcare system.”

“So all the acute, life-threatening complications of diagnosis are averted and next we are going to be able to prevent the disease. I’ve no doubt about that.”