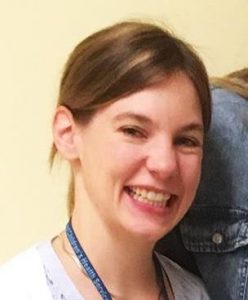 Parents of young children with type 1 diabetes experience significantly better quality of life and reduced fear of hypoglycaemic episodes when given remote access to their child’s continuous glucose monitoring, a WA study has found.

While the randomised crossover study of 49 primary-school-aged children found remote monitoring made no difference to blood glucose control compared to conventional blood glucose monitoring, it reduced parents’ stress and anxiety, and improved their sleep and family functioning.

The study, published in Diabetes Care, was the first to focus primarily on psychosocial outcomes of CGM.

It used the Dexcom G5 Mobile CGM system which transmits glucose values via Bluetooth to a mobile phone or smart watch and can share readings with other smart devices. The system provides glucose readings every five minutes, and sends push notification alerts of highs and lows.

Clinical research fellow and paediatric endocrinologist at Perth Children’s Hospital, Dr Marie-Anne Burckhardt, said during the three months parents received real-time readings, many appreciated not having to get out of bed every night to check their child’s glucose with a finger prick.

One mother told Dr Burckhardt it left her feeling so rejuvenated that she was able to re-enter the workforce.

“It had a huge impact on the families, just having the phone next to the bed, so they could look at the phone when they woke up, see everything was fine, and then go back to sleep,” Dr Burckhardt told the limbic.

“I know a lot of the children that participated in the study were very happy about the reduction of finger pricks they had to do.”

She said the findings were timely, given that CGM became fully subsidised in April 2017. While many families who participated in the study could not have afforded to pay for it, “almost all of the participants of the study decided to continue once the funding came through”.

Dr Burckhardt said it seemed logical that continuous monitoring would improve parents’ peace of mind, but research to date had made the notion controversial. Previous studies which showed no reduction in hypoglycaemia fear had focussed on glycaemic control, assessing psychological indicators as secondary outcomes.

“CGM technology has also advanced over the last couple of years and CGM systems have become more accurate, less intrusive and not as big as they were; all factors that may contribute.

“I was very pleased that our hypotheses — that CGM and remote monitoring actually can impact on quality of life and help families to cope with the burden of diabetes management — was shown to be true,” she said.