People at risk were identified after an ED visit and offered an appointment at the Fragile Bone Clinic along with investigations for osteoporosis, a medical management plan, allied health support and community services.

The reduction in recurrent fracture rates equated to preventing about 100 fractures for each 1,000 patient-years, the study said.

“Put another way the number need to treat to avoid a recurrent fractures was 9-10 patients to prevent 1 fracture.”

They also had about half the rate of falls at three months as the prospective control group (9.5 v 20%). 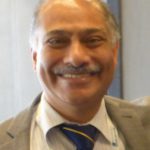 Clinical Professor Charles Inderjeeth, a clinical epidemiologist and specialist in geriatric medicine and rheumatology, told the limbic the model of care used the ED database to identify patients at risk without interfering with the daily activities of the department.

A yet to be published analysis had also shown there was a significant return on investment in such a program by preventing ‘future fractures, future care, future hospitalisations and future transfers to residential care’.

“The most surprising finding for us was the absolute risk reduction and even the relative risk reduction was beyond the expectations we had – 50-75% as early as 3 months and persisting at 12 months.”

He said the improved outcomes were despite relatively small increases in the prescription of anti-resorptive therapies, and observed earlier than expected.

“What this demonstrated to us was not just the importance of pharmacological intervention but the multidisciplinary model of care.”

“Improving the patient’s physical capacity probably made a big impact on reducing their fracture risk. It’s not about simply treating the bones with drugs, but also reducing the other factors that contribute.”

“So it certainly seems to be a very effective model in terms of providing better quality patient care but also in terms of savings to taxpayers and governments on a state and national basis.”