Beyond carbs – is it time to start counting fat and protein?

People with type 1 diabetes are looking for something beyond carbohydrate counting to help manage their mealtime insulin doses.

She said while carbohydrate counting was the gold standard for adjusting insulin doses, dietary fat and protein were also good at telling beta cells to secrete insulin.

However both fat and protein significantly delayed post prandial hyperglycaemia with the effect of protein also modified by the presence of carbohydrate.

However she did not necessarily agree with new guidance on fat and protein counting from the American Diabetes Association in their 2018 Standards of Medical Care in Diabetes.

“For people with type 1 diabetes and those with type 2 diabetes who are prescribed a flexible insulin therapy program, education on how to use carbohydrate counting and in some cases fat and protein gram estimation to determine mealtime insulin dosing is recommended to improve glycemic control,” the ADA guidelines state.

But Dr Bell believed the ADA was jumping the gun because it is not yet possible to make accurate estimates of fat intake effects on blood glucose. 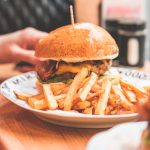 “I certainly think there is a role for providing education on fat and protein for certain patients who have mastered carbohydrate counting, everything else is going really well, but they are noticing that fat and protein is having an effect on them,” Dr Bell told the limbic.

“The concern I had with the American Diabetes Association guidelines was they were recommending education on fat and protein gram estimation and I think that’s too specific.”

“We don’t yet know what is the difference between 10g of fat and 20 g of fat on blood glucose levels. We don’t have that degree of accuracy yet. It’s actually the study I am working on at the moment but I think that’s a little premature.”

She told the conference the Warsaw Insulin Pump Therapy approach of adjusting for fat-protein units (FPU) was popular in Europe but not widely used here in Australia.

The algorithms were somewhat complicated, it assumed fat and protein has a similar impact on blood glucose and there was a significant one-in-three risk of hypoglycaemia.

However other approaches were soon to make the transition from research tools into clinical practice.

“What we can say is there is certainly a significant effect of fat and protein on blood glucose levels and insulin doses do need to be adjusted. It’s not just as simple as increasing the overall dose but we need to look at how the insulin is delivered so for pumps, using dual waves, and then translating that into people on MDI [multiple dose injections].”

“At this stage there is nowhere around the world with a clear cut way to do it perfectly and I think there is always going to be room for individualisation. Just as everyone responds differently to carbohydrate, we expect everyone to respond differently to fat and to protein.”

She said diabetes educators should continue to reinforce the benefits of health eating in terms of food quality and meal routines and optimise carbohydrate to insulin ratios.