Act early: the 5-year window of opportunity with Type 1 diabetes

HbA1c settles into a comfort zone about five years after diagnosis making the early time period critically important in the management of people with type 1 diabetes, a glycaemic tracking study has shown.

The UK study comprised 4,525 children and adults under age 40 diagnosed with type 1 diabetes between 1995 and 2015 and followed long-term.

Across the study group as a whole, HbA1c increased with time from diagnosis and stabilised at about 9% within five years.

However the time to tracking was considerably shorter in adult onset diabetes (e.g. 2-3 years for young adults in their 20s) than in children (6-7 years in boys; 8-9 years in girls under 10).

“This is the first study to demonstrate the phenomenon of glycaemic tracking on a large number of unselected, newly diagnosed individuals with type 1 diabetes across a broad age group and with a long period of follow-up,” the study said.

It said the loss of C-peptide following diagnosis may explain the rising HbA1c in the initial five years. Alternatively, individual patients factors including habituation may be involved.

“It may be that a combination of these endogenous and exogenous factors contributes to the phenomenon of tracking and that both need to be addressed for effective long-term glycaemic control.” 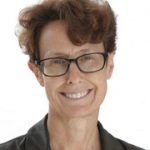 Professor Maria Craig, from The Children’s Hospital at Westmead, told the limbic many clinicians would be familiar with glycaemic tracking in their own patients.

“It’s not a new concept but quite elegantly shown in this study and it reminds us of the importance of getting things right early on in diabetes.”

“This study isn’t looking at complications but we know that long-term HbA1c is important. It’s appealing to think that there is something in those early years that determines your set points or ‘metabolic memory’.”

She said the finding was a good reminder to follow patients closely and intensify therapy as soon as they were coming out of their remission or honeymoon phase and blood glucose levels started to rise.

“I think what it says is that there is a quite a lot of heterogeneity in the first couple of years after diagnosis; some people have a good honeymoon phase with residual insulin secretion and a number of years of tight control and some people don’t have much of a remission phase and struggle to achieve good control.”

“It reminds us of the importance of intensifying therapy early across all age groups and in particular targeting those where glycaemic control isn’t optimal in those first few years of diabetes and trying to reverse that trend.”