5:2 diet as good as continuous dieting for glycaemic control in type 2 diabetes 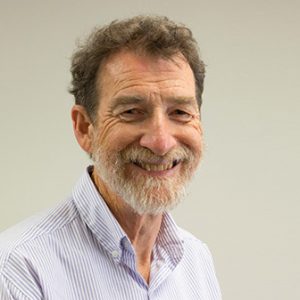 The 5:2 diet offers a safe and more user-friendly option to conventional dieting for some people with type 2 diabetes to achieve glycaemic control and weight loss, new research suggests.

However intermittent dieting should be used cautiously in those taking sulfonylureas or insulin, according to the Australian authors of a study published in the JAMA Network Open journal.

The ‘continuous’ group followed a diet with a daily limit of 1200 to 1500 kcal, while the ‘intermittent’ group was restricted to consuming 500-600 kcal per day on two non-consecutive days and could eat their usual diet on the other five days.

About 70% of people adhered to the diet for the full year (51/70 intermittent group and 46/67 in the continuous diet group).

For the primary outcome, both groups significantly reduced their HbA1c level  by 12 months – the continuous diet group achieved reductions of 0.5% versus 0.3% in the 5:2 group.

There were no differences between diet groups in fasting glucose levels, lipid levels, or in changes in use of oral hypoglycaemic agents.  However for insulin the decrease in use was significantly greater in the intermittent group owing to the extra insulin reduction required on intermittent diet days.

Overall rates of hypoglycaemic and hyperglycaemic events were similar for both groups.

Sixteen of the 46 participants using sulfonylureas and/or insulin had glycaemic events in the first two weeks (mean number of events was 3.2 in the continuous diet group and 4.9 in the 5:2 group).

For the secondary outcome, weight change was similar between the continuous and intermittent energy restriction groups (–5.0 kg vs –6.8 kg) but given the large variability it was not possible to show equivalence.

The findings suggest that the 5:2 diet is as effective alternative diet strategy for achieving glycaemic control as restricting calories every day, according to the study authors, who include Professor Peter Clifton, Professor of Nutrition at the University of South Australia.

And given the challenges of maintaining a conventional calorie-restricted diet over the long term, an intermittent diet like the 5:2 could prove to be a more acceptable option, they suggest.

Intermittent energy restriction is safe for people who either have diet-controlled type 2 diabetes or who are not using glycaemic agents likely to cause hypoglycaemia, they add.

However they note that “for people using sulfonylureas and/or insulin, intermittent energy restriction requires medication changes and regular monitoring [is paramount] especially in the initial stages.”