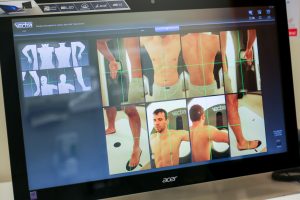 Get ready for more technology, increased use of biologics and a bigger focus on investigations guiding precision medicine in dermatology.

Those were the key messages when the limbic asked two leading dermatologists about the major advances and ongoing challenges in their discipline in 2019.

Professor Peter Soyer, director of the Dermatology Research Centre at the University of Queensland, said biologics had driven major breakthroughs in inflammatory dermatology in recent years – as they had in other areas such as rheumatology and gastroenterology.

He said patients with psoriasis had benefited greatly from a number of biologic therapies while patients with severe chronic urticaria had also found relief with omalizumab.

“Adalimumab (Humira) works beautifully for psoriasis – and for rheumatoid arthritis – and is already available on the PBS for hidradenitis suppurativa. Still in the pipeline for atopic excema but coming soon on the PBS is dupilumab,” he added.

“Biologics are really making a major breakthrough in the treatment of patients with chronic inflammatory skin diseases but of course not all patients are the same.”

He gave the example of biologics helping most but not all of his patients with palmoplantar psoriasis.

And challenges remained with the use of biologics including the risk of potentially significant side effects and the lengthy work-up to qualify patients for PBS subsidised treatment.

Surfing the wave of technology

In his main interest area of early detection of skin cancer, Professor Soyer said novel imaging technology and teledermatology were going to make more of a mark, courtesy of an Australian Cancer Research Foundation grant.

The project provides for 15 total body imaging systems across Queensland, New South Wales and Victoria – with each state committed to at least one or two devices installed outside metropolitan areas.

“So in Queensland, we are contemplating Cairns and Mt Isa. In Mt Isa we will not have dermatologists but we will have high resolution monitors so we can see the patients from our rooms here and be able to do the reporting here.”

He said data from the project would also be used for developing artificial intelligence (AI) protocols to diagnose skin lesions.

“At the moment, humans are making the diagnosis looking at images with the naked eye. But humans get tired, they get distracted…it’s all very subjective.”

Professor Soyer said evaluating the use of mobile teledermoscopy to enhance self-skin examination was also an area attracting more interest and funding.

“There is a big trend in medicine which is empowering consumers. Even now, about 50% of melanomas are detected by the person, their relative or partners and mobile teledermoscopy is a further extension of this.”

He admitted that there was always controversy with new technologies and questions about who takes responsibility for sending the right images or image quality.

Dr David Francis, a Brisbane Moh’s surgeon and president-elect of the Australasian College of Dermatology, told the limbic there was already some evidence that AI could classify skin cancers as accurately as dermatologists.

“Obviously the question is, is it as good as a human or is it best in concert with a human – i.e. a dermatologist – and that is where we are probably heading.”

He said the development of teledermatology required collaboration between the College, its fellows and government to determine the logistics, models of care and how it could be funded.

“For example, with a number of rare blistering diseases – pemphigus and pemphigoid – by looking at them with immunofluorescence and immunological markers we can determine at what microscopic or even electron microscopic level the disease is and that helps target medications better.”

“We are also finding genomic markers all the time e.g. for fibromatosis so progression in looking at DNA in genetic disease will continue to happen and hopefully translate to treatment.”

He said the College was improving online facilities and educational programs both for dermatologists and other doctors interested in dermatology such as GPs.

“The line has become a little blurred between us and skin cancer GPs so we are also trying to delineate that better.”

“We’re very keen to promote and train really good dermatologists, help train other medicos who aren’t dermatologists to be good with dermatology, support research and interact with the community and government to get better outcomes for patients.”

“This, along with improved technology, new medications and tweaking the ones we have already got will translate into better patient care and outcomes.”

He added that the speciality would be looking to increase its profile over the next four years by hosting major meetings including the International Congress in Dermatology in Melbourne in 2021.