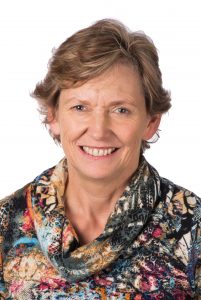 Topical corticosteroids and phototherapy are the most common treatments for hand eczema but a Cochrane review of 60 randomised controlled trials has highlighted the lack of high quality evidence on which to base therapeutic decisions.

The Review found a minority of studies had a follow-up period, there was heterogeneity in both treatments and outcome measures, and few head-to-head comparisons.

The trials of topical corticosteroids showed clobetasol propionate 0.05% foam improved participant-rated control of symptoms (Relative Risk 2.32 over placebo) with only three patients needing to be treated for an additional beneficial outcome.

However the Review said ‘the effect of clobetasol compared to vehicle [placebo] for investigator-rated improvement is less clear’ with a RR of 1.43.

It found PUVA may lead to improvement in investigator-rated symptom control when compared to local narrow-band UVB after 12 weeks of treatment.

And while not available here in Australia, alitretinoin at 10mg and 30mg improved investigator rated symptom control compared to placebo (RR 1.58 and 2.75 respectively).

“Most findings were from single studies with low precision, so they should be interpreted with caution,” the Review authors said.

“Topical corticosteroids and UV phototherapy were two of the major standard treatments, but evidence is insufficient to support one specific treatment over another.”

Commenting on the Review, Professor Rosemary Nixon from the Skin and Cancer Foundation, Melbourne, told the limbic that hand eczema studies were complicated by the multifactorial and often cyclical nature of the condition – and semantics.

“The trouble is it is a very difficult area to study because diagnostically it can be various endogenous hand eczema, maybe related to a background of atopic dermatitis, asthma and hay fever, or it may just be a particular subtype of hand eczema which actually has a number of names such as vesicular hand eczema, pompholyx or dishidrotic eczema.”

“There are other types of hand eczema as well – irritant contact dermatitis which is related to wet work, what you wash your hands with, what you do, solvents, sweating, and environment factors like heat and occlusion from gloves. And then there are all these allergens requiring patch testing – gloves, fragrances, lanolin, epoxy resin, chromate, etc.”

“So it’s diagnostically really complex and to study these people, they’ve got to be really well diagnosed. The whole literature is flawed by the fact there are multiple conditions contributing to this particular clinical scenario which makes it not impossible to study but quite tricky.”

“The best treatment for hand eczema is making the diagnosis,” she said.

Professor Nixon, who co-authored 2015 guidelines on hand eczema, added that methotrexate and mycophenolate were probably the go-to immunosuppressants rather than the more toxic cyclosporin when patients didn’t respond to topical treatments.

“First do no harm and so the wonderful thing about dermatology is that we can often treat topically and not systemically.”

She added it would however be useful if Australian dermatologists had the option of alitretinoin.

And clinicians should not forget the effectiveness of basic skin care including protection, soap substitutes and moisturising creams to restore the skin barrier.