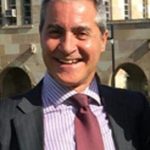 Long-term efficacy and safety of tofacitinib has been demonstrated in patients with active psoriatic arthritis, according to a final analysis of the OPAL Balance long-term extension study.

The study, comprising 686 patients from 16 countries including Australia, found the proportion of patients with ACR20, ACR50, ACR70, and PsARC responses at 36 months was similar to the interim OPAL Balance results and those from the qualifying phase 3 trials such as OPAL Broaden.

The researchers, led by Queensland rheumatologist Associate Professor Peter Nash, said selection bias might have contributed to this finding, because only patients with inadequate symptom control were offered the higher dose.

The open-label extension study, published in Lancet Rheumatology, found no new or unexpected safety signals out to 48 months.

The study noted that 84% of patients reported adverse events with upper respiratory tract infection and nasopharyngitis the most common – each occurring in more than 10% of patients.

Severe adverse events were reported in 13% of patients and 35% had their tofacitinib dose reduced or temporarily discontinued due to adverse events.

Only one death – from COPD – occurred during the nominated 28-day from treatment exposure risk period.

“In this final analysis of OPAL Balance, the incidence of adverse events of special interest, including herpes zoster, serious infections, opportunistic infections, malignancies (excluding NMSC), NMSCs, major adverse cardiovascular events, pulmonary embolism, and arterial thromboembolism, were consistent with those reported in the interim analysis, suggesting that risk of these adverse events did not increase over time,” it said.

“No deep vein thrombosis, active tuberculosis, or gastrointestinal perforations had occurred in the study by month 48.”

The study said the long-term safety profile of tofacitinib in OPAL Balance appears to be generally consistent with that of biologic DMARDs.

A Comment article in the journal reiterated the study findings of continued benefit from tofacitinib with improvements in skin and joint disease, enthesitis and dactylitis, physician global assessment of disease activity, patient reported outcomes, and responder indices.

“In summary, with the substudy results, these data support the long-term use of tofacitinib as both monotherapy and in combination with methotrexate in the treatment of patients with psoriatic arthritis.”

The OPAL Balance study was funded by Pfizer.