The Pharmaceutical Benefits Advisory Committee (PBAC) has made a positive recommendation for PBS listing of secukinumab (Cosentyx) for the treatment of paediatric patients with severe chronic plaque psoriasis.

The PBAC also made a recommendation for a new form of risankizumab (150 mg/1 mL pre-filled pen and syringe) to be listed on the PBS for chronic plaque psoriasis.

The PBAC deferred a decision on an application from Pfizer for a PBS listing for abrocitinib (Cibinbqo) tablets for the treatment of severe atopic dermatitis.

And in decisions announced between ordinary meetings, the PBAC made a recommendation  for the listing of upadacitinib (Rinvoq) for severe atopic dermatitis. The PBAC’s recommendation for listing was based on, among other matters, its assessment, that the cost-effectiveness of upadacitinib 15 mg or 30 mg would be acceptable if it were cost-minimised against dupilumab. 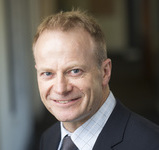 Professor Richard Scolyer, Co-Medical Director of the Melanoma Institute Australia, Sydney, has taken on the role of Editor of Pathology, the official journal of the Royal College of Pathologists of Australasia.

Writing in Pathology he said molecular pathology has had a massive impact on the treatment of melanoma, noting that the identification of mutations such as BRAFV600  and the development of specific targeted therapies has resulted in improvements in five-year survival rates for advanced stage melanomas from less than 5% to over 50% during the past decade.

Australian dermatologists use erlotinib for PKK

Treatment with a topical formulation of the epidermal growth factor (EGF) receptor inhibitor, erlotinib is a potentially effective and readily accessible therapy for patients with keratin 16 palmoplantar keratoderma (PPK), according to Sydney dermatologists.

Dr Patricia Lowe, and colleagues at the Department of Dermatology, Royal Prince Alfred Hospital, Sydney, report two cases of successful treatment with extemporaneously compounded erlotinib ointment in a mother and son with hereditary PKK, in an article in JAMA Dermatology.

They said that despite reservations about adverse effects, topical erlotinib was well tolerated over a prolonged period of up to 28 weeks treatment and was most effective when used in combination with a keratolytic agent.

They said  it was unclear if EGF inhibition was the sole mechanism by which erlotinib exerted its therapeutic effect in PPK, but it offered a potential treatment option for a difficult condition that does not respond to other therapies such as keratolytics.

They note that erlotinib is now produced by generic manufacturers and it may be beneficial for other dermatological conditions, such as pachyonychia congenita.