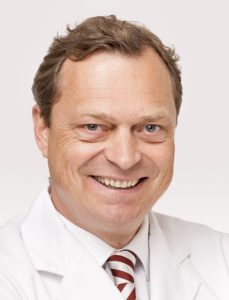 Speaking at the virtual EADV 29th Congress, Professor Kristian Reich from Germany presented a post hoc analysis of the SPIRIT-H2H study which compared ixekizumab versus adalimumab in adults with active psoriatic arthritis (PsA) and moderate-severe psoriasis.

The original study, published earlier this year, found ixekizumab was superior to adalimumab in achieving simultaneous improvement of joint (ACR50) and skin disease (PASI100) in patients with an inadequate response to csDMARDs.

The post hoc analysis presented at EADV comprised a subgroup of 78 patients with fingernail psoriasis (NAPSI score ≥1) in addition to their PsA and psoriasis.

Professor Reich, from the Centre for Translational Research in Inflammatory Skin Diseases at the University Medical Centre Hamburg-Eppendorf, said patients had quite significant nail psoriasis at baseline with an average Nail Psoriasis Severity Index (NAPSI) of about 25.

More importantly, he said, there was a higher rate of complete resolution of fingernail psoriasis with ixekizumab versus adalimumab at all time points from 12 to 52 weeks. The differences were statistically significant at weeks 24 (80% v 52.5%) and 40 (87.9 v 67.6%).

“So I think the important message here is that we treat patients that have multiple domains of psoriatic disease. In the sub-group of patients with at least three relevant domains, moderate-severe psoriasis, active PsA, and active fingernail psoriasis, …there was at least a trend for ixekizumab to outperform adalimumab when it comes to the induction of nail clearance.”

He said it showed that the blockade of IL-17A by ixekizumab was a powerful intervention to help patients with multiple, important psoriatic disease domains.

The study was co-authored by Clinical Associate Professor Saxon Smith from the Dermatology and Skin Cancer Centre in Sydney.