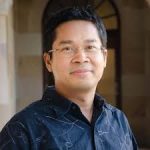 High iron levels may protect against anaemia but are associated with a greater risk of bacterial skin infections such as cellulitis and abscesses, Australian researchers say.

Their findings come from a study of iron status and health in 416,000 people in the UK Biobank, in which researchers investigated three variants in the hemochromatosis gene that affect iron status serum iron, ferritin and transferrin saturation, and decrease transferrin levels.

Unsurprisingly, they found consistent evidence of a protective effect of higher iron status on decreasing risk of iron deficiency anaemia. However the study also showed that higher iron status was linked to a reduced risk of hypercholesterolemia (Odds Ratio 0.88, compared to standard iron status), and increasing risk of traits related to infection of the skin and related structures (cellulitis and abscess of the leg: OR 1.25).

Co-author Dr Beben Benyamin (PhD), Senior Lecturer in Biostatistics at the Australian Centre for Precision Health, University of South Australia said there was a plausible biological mechanism linking iron levels and skin bacteria that might affect the risk of skin infections.

Previous studies had found that bacteria need iron to survive and flourish, but the Biobank study was the first to use large scale population data to support the link between iron overload and bacterial skin infections, he noted.

“Consistent with our findings for infection, iron scavenging systems are common among bacteria that infect the skin, such as Staph. aureus and Strep. pyogenes,” he and co-authors wrote in PLOS Medicine.

“For these organisms, there is a proposed association between iron metabolism and virulence in human disease. As such, host defence mechanisms act to  sequester free iron away from invading pathogens.

In iron overload disorders such as in haemochromatosis, there was evidence of increased susceptibility to bacterial infections, he noted, with particular bacterial species showing markedly elevated growth in human serum collected following iron supplementation.

And since skin infections such as cellulitis were a major cause of disability, it would be useful to identify potential contributory factors and potential interventions that could serve to decrease antimicrobial use and consequent resistance, he added.

“Clinical trials have been undertaken to manipulate iron status in anaemic patients but, to date, no trials have targeted iron levels to prevent or treat skin infections or regulate cholesterol. Trial data is essential before iron manipulation is recommended for these disorders,” the study authors suggested.