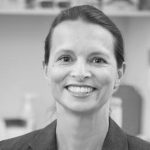 Patients with severe atopic dermatitis who have had compassionate access to dupilumab have responded exceptionally well to the biologic, Australian dermatologists have found.

Speaking at the Australasian College of Dermatology ASM, Dr Gayle Ross from the Royal Melbourne Hospital presented a small case series of nine patients – eight males and one female.

She said the patients had already exhausted other treatments including cyclosporin, UVB phototherapy, methotrexate, azathioprine and mycophenolate mofetil.

Patients had a number of comorbidities such as hayfever and asthma, skin infections and depression. Two patients had cataracts, two had osteoporosis and one patient had a renal cell carcinoma.

On treatment with dupilumab (Dupixent), all patients had a rapid and significant reduction in Eczema Area and Severity Index (EASI) scores. Improvements were evident at 4-6 weeks and sustained to 36 weeks.

Importantly, most patients could cease immunosuppression.

The eczema was slowest to resolve on the patients’ faces.

Dr Ross said four patients experienced conjunctivitis – dry and itchy eyes – with one patient ceasing the dupilumab as a result.

She said the eye symptoms, which have not been previously reported in asthma patients with dupilumab, were managed with tacrolimus ointment, lubricant and antihistamine eye drops.

“We don’t understand the aetiology of the eye symptoms,” Dr Ross said to the limbic.

“We think a lot of it is the underlying atopy and these patients who have eye problems have more severe eczema to begin with and often some baseline eye issues.”

“We don’t think it is serious. We don’t believe it to be sight threatening or infectious. It seems to be manageable in the vast majority of patients but obviously the studies are still being done in this and time will tell. We are looking into it closely and obviously working with the ophthalmologist to keep an eye on it.”

There was no herpes simplex, eczema herpeticum or bacterial infections found and the renal cell carcinoma did not progress

Dr Ross said the impressive efficacy of dupilumab, seen in patients whose lives were dictated by the “vicious cycle of itch and inflammation”, warranted more advocacy to ensure it was listed soon on the PBS.

“We know who these patients are and they have been waiting a long time,” she said.