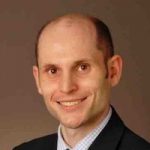 Australian dermatologists are cautious about using ciclosporin in patients with atopic dermatitis that is not responding to topical therapy.

When prescribed, most of the 100 respondents started patients on a low dose of <3.5 mg/kg/day. The most frequently recommended duration of prescription was 6-12 months.

The survey found 95% of respondents had concerns about nephrotoxicity associated with ciclosporin. More than a third (37%) were also concerned about hypertension as an adverse event while 17% were concerned about infection.

The survey found the preferred treatment option following failure of topical therapy was phototherapy (72%), followed by methotrexate (15%) and then ciclosporin (9%).

“It is evident that there is a preference for therapeutic options with lower systemic toxicity,” the study authors said.

Senior investigator Dr Saxon Smith, from the Dermatology and Skin Centre in Gosford, NSW, told the limbic ciclosporin was one of the few current medications used in the management of atopic dermatitis that had randomised controlled trials to demonstrate its efficacy.

In contrast, medications such as methotrexate, mycophenolate and azathioprine which have been widely used in the management of atopic dermatitis did not have randomised controlled trials supporting their efficacy, he said.

“However, there have been well documented concerns about the safety of ciclosporin.”

“While seen to be safe in inflammatory skin diseases for up to two years of continual therapy, beyond this date there is increasing concern about the impact on kidney function and blood pressure with direct destruction of renal tubules over time.”

“Therefore it is understandable and appropriate that dermatologists’ remain cautious in its use.”

Dr Smith said there was a large unmet need for new therapeutic options in the management of adult atopic dermatitis.

Some such as the IL4/13 inhibitor dupilumab were TGA approved while others such as JAK/STAT targeting agents like baricitinib and upadacitinib were becoming well established with phase III clinical trials.