Why people with RA should be on a statin

People with rheumatoid arthritis have disordered cholesterol metabolism caused by systemic inflammation and may benefit from statins to curb their atherosclerosis risk regardless of their plasma lipid levels, Australian researchers have shown.

People with RA have a two-three fold higher risk of cardiovascular disease that is not explained by traditional risk factors, and now a study by Baker Heart and Diabetes Institute in Melbourne has linked the persistent leucocytosis of RA with defects in cellular cholesterol metabolism.

The findings, from animal and human models, show that RA-driven inflammation contributes to atherosclerotic plaque instability and impaired plaque regression, which would explain the higher cardiovascular risk. 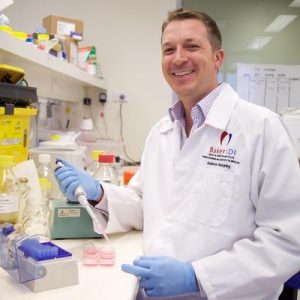 Led by Associate Professor Andrew Murphy of the Institute’s Haematopoeisis and Leukocyte Biology Division, the researchers used animal models of RA to show that the upregulated inflammatory cytokines were linked to cellular cholesterol accumulation in bone marrow stem cells. These were associated with increased levels of circulating monocytes, neutrophils and platelets, and increased monocyte entry into atherosclerotic lesions.

They also showed in experimental RA models that injection of reconstituted HDL-cholesterol could limit plaque progression.

Writing in the European Heart Journal, the researchers said the findings may also have implications for people with other autoimmune diseases such as lupus, which are also associated with a high risk of cardiovascular disease.

“This study highlights that normal cholesterol levels do not necessarily equate to vascular protection. Based on our findings, we postulate that even if people with RA do not have hypercholesterolaemia, administration of a statin is worth consideration,” they suggested

The researchers said the next step will be to identify what causes accumulation of cellular cholesterol, particularly in the haematopoeic stem cells, and to explore if new anti-inflammatory therapies being trialled to reduce heart disease are more effective in individuals with autoimmune disorders.