What’s in the national strategy for childhood heart disease? 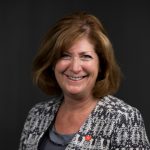 Developed by the advocacy group HeartKids in conjunction with the Congenital Heart Alliance of Australia and NZ (CHAANZ), the National Strategic Action Plan for Childhood Heart Disease is backed with government funding of $6 million to deliver on seven major focus areas.

Chair of HeartKids research advisory committee Dr Lisa Selbie (PhD) said the seemingly counterintuitive shortage of cardiologists for CHD was down to improved treatment and increased survival rates. Since most people with CHD now survived into adulthood there were now estimated to be more adult CHD patients than paediatric, she told the limbic .

The increase in adult patients meant there was “a massive loss to care in that transition” with at least 50% of adults disconnected from the health system.

And while there were around 30 paediatric  cardiologists in Australia in 2010 there was the equivalent of only six full time cardiologists care for adults with CHD.

“When adults present with quite severe issues in an emergency room even the health care professionals often don’t have the speciality awareness of what these patients require,” she said.