What the long term data tells us about evolocumab in FH 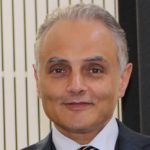 A long-term follow-up of evolocumab in patients with familial hypercholesterolemia (FH) has found the PCSK9 inhibitor is well tolerated and effective in reducing LDL-C levels.

The open-label single-arm study comprised 300 patients as young as 12 years with either homozygous or severe heterozygous FH and receiving stable lipid lowering therapy including statins and ezetimibe in addition to evolocumab for a median 4.1 years.

The international study found LDL-C levels were persistently reduced at week 12 through to week 216 compared with baseline in patients with both HoFH and severe HeFH.

Persistent and substantial mean reducations in apolipoprotein B were also observed and smaller reductions in lipoprotein(a).

The study, published in JACC, concluded that evolocumab has “sustained efficacy, safety, and tolerability in patients with HoFH and severe HeFH”.

“The CV event rate of 2.7% per year was markedly lower than expected given the high risk of these patients and the event rates observed in other studies,” it said.

Commenting on the research Professor Len Kritharides told the limbic the study was encouraging in showing that evolocumab had a sustained effect in FH.

“The main message of the paper is that the effect is maintained and there is no serious trouble with longer term use, which is reassuring, but this is a small study,” he said.

Professor Kritharides, from Concord Hospital and the University of Sydney, also noted the 420 mg dose of evolocumab was high and that the lack of placebo in the paper makes it hard to know how much of the side effects were due to the drug.

He added that access and cost restrictions to PCSK9 inhibitors remain.

“Restrictions have been altered late last year and time will tell if that changes the utilisation in Australia.”

“In relation to their application to the broader cardiovascular community, what we are missing is an accurate economic analysis of the patient groups in whom the highest benefit would be seen – the highest of high risk vascular disease – and the drug cost that would be required to make this economically viable.”