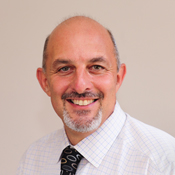 Failure to discharge patients on appropriate secondary prevention pharmacotherapies following an acute coronary syndrome is the key factor in why 32% of patients are non-adherent at six-months, figures from an Australian database suggest.

A study of 6,595 patients from the CONCORDANCE (Cooperative National Registry of Acute Coronary Care, Guideline Adherence and Clinical Events) registry found about two thirds (68%) of patients were adherent to more than three quarters of indicated medications such as antiplatelet drugs and statins at six months.

The review, led by Dr David Brieger of the Department of Cardiology, Concord Repatriation General Hospital, Sydney, found that low provision of optimal secondary prevention at discharge was by far the most significant difference between the medication adherent and non-adherent groups – more important than patient characteristics and other in-hospital, treatment and post-discharge factors.

Lipid-lowering therapy and aspirin were the most commonly prescribed medications at discharge but only 70-75% of patients were also prescribed other antiplatelet agents, ACE or angiotensin-converting enzyme inhibitors, and beta-blockers.

The study concluded that protocols to automate prescription of the necessary discharge therapies were warranted.

“Discharge medication orders are prominent components in quality improvement measures such as the Canadian “Guidelines Applied in Practice” and the American “Get with the Guidelines” programmes. These programs are not, however, routine components of Australian practice.”

Cardiac rehabilitation attendance and visits to a GP but not to a cardiologist were also predictive of medication adherence, but had only marginal overall influence.

Patients with a non-ST-segment elevation myocardial infarction (STEMI) and atrial fibrillation were less likely to be adherent to medications.

A novel finding was that patients undergoing CABG and those not revascularised in hospital were at greater risk of non-adherence in the early and intermediate-term post-discharge period, the study authors noted.

“Continuous provider-led quality-improvement strategies directed at secondary prevention, such as cardiac rehabilitation, have been found to be effective at improving uptake in post-CABG
populations. Our data suggest that these strategies also need to focus on the large cohort of patients who are not revascularised,” they said.

They added discontinuation of drugs due to side effects was not a primary cause of non-adherence given adherence was largely unrelated to class of drug.

“The findings from our study indicate the need for better strategies of secondary prevention to improve adherence in patients discharged from Australian hospitals with an ACS,” they authors concluded.