Screening for FH should be turned upside down: Prof Gerald Watts

Can the index case in a family with genetic predisposition to high LDL cholesterol and premature atherosclerosis be a seemingly healthy toddler presenting for immunisation?

Professor Watts told the limbic that we need novel strategies to tackle FH.

“The strategies we have at the moment involving index cases and cascade screening will detect, hand on heart, at most about 20-25% of the population 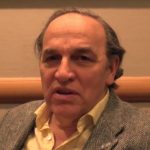 in Australia that have FH. About 100,000 people are affected and we’d only detect 20,000 of those at the most. So if we were really going for it, we need alternative strategies.”

He said a more traditional model of cascade screening was proving to be challenging in a country the size of Australia with less integrated community care than countries like the UK and the Netherlands.

Instead, there is a novel opportunity to flip cascade testing on its head – something that hasn’t been tested in Australia yet – by implementing universal screening of young children and then screen upwards.

Professor Watts said so-called reverse cascade screening has been piloted in the UK and shown to be cost effective.

The model involved testing 2-year-olds at routine immunisations with a heel prick for cholesterol and genetic tests.

“Once identified, on either or both tests, then you can go upwards and test the relatives. We’ve had a lot of engagement with that. We’ve spoken at public consultations and it is considered a feasible and acceptable form of screening. Over 90% of the public that we have consulted are in favour of universal screening because the principle is we are detecting both the children and the parents at an early stage.”

Professor Watts said the corollary of detecting a young child with FH was providing lifestyle advice until they started statin therapy at about 8-10 years of age.

“But more importantly for the parents, who would be late 20s through to early middle aged, they can commence on statins. So the parent gets the benefit of cholesterol lowering before they have a heart attack and the child also gets treated early.”

Professor Watts said the novelty of reverse cascade screening has sparked interest here, but a range of strategies was probably required including screening of GP databases, screening blood bank donors and “any opportunity we can have to screen as many people as possible”.

Beyond screening and early detection, Professor Watts said there was a need to be more precise about the actual risk in FH.

“Although the risk is high, it is actually quite variable. Some people are at exceptionally high risk and others at lower risk. So we do need some tools which allow us to pick out those that are at higher and lower risk.”

“And beyond traditional risk factors like smoking, diabetes, obesity and high blood pressure, is a new genetic risk factor that is inherited separately from the inheritance of FH which is lipoprotein (a).”

“Anyone with FH should have their Lp(a) measured as an elevated Lp(a) suggests a need to focus on more potent therapies.

Professor Watts said the monoclonal antibodies evolocumab and alirocumab had increased the proportion of people meeting evidence-based treatment targets (<2mmol/L) from about 10% to 80%.

“So that is a big breakthrough,” he said.

He said work in the UK has shown they were cost effective, although there was still room for new therapies.

“PCSK9 inhibitors are not indicated yet in children because we haven’t done studies in children. They can’t be taken in pregnancy. There is quite a lot of variability in response to PCSK9 monoclonal antibodies and there is a subset of quite rare people who have two non-functional mutations called null/null who are non-responsive.”

“In assigning risk, the presence of coronary calcium done in FH at a young age e.g. 30-35 years may be useful as may be a coronary angiogram especially if you identify several plaques in different coronary arteries.”

Professor Watts said the Australian web-based registry for FH which currently links about 40 centres, both primary care and hospitals, will probably be modified to cover broader inherited hypercholesterolaemias such as elevated Lp(a).

He said as well as the value of registries in research, such as generating people for clinical trials of new therapies, they were also a valuable communication channel to inform registrants about recent advances and how to improve their outcomes.

“The registry is also involved in upskilling doctors in the field and the information can be used to provide data to governments to improve care and implement policy changes.”

Professor Watts said the role of primary care in detection of FH could be strengthened with the involvement of people such as nurse practitioners.

“I think there is an important role here for nurse practitioners who are involved and expert in counselling, risk assessment and nutritional therapies and that are working closely with specialists.”

But detection remains the biggest challenge, he said.

“It’s a community problem; a public health problem. We are now trying to work out how primary care can be involved in screening families but this must be supplemented with access to specialist centres and importantly will require a different type of model of care.”

“In the UK, they have the familial hypercholesterolaemia case-ascertainment tool (FAMCAT). The issue is you have to go and get these people back and then make a diagnosis and a lot of GPs are referring straight to a hospital – it’s not sustainable.”

A revised model of care for Australia is due later this year. An FH Summit was held in February and Professor Watts is currently poring through the latest evidence.

“We’re travelling very well in Australia. We’re part of an international collaboration on FH and we have very good information.”