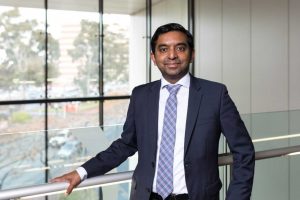 A study, led by a team from the Basil Hetzel Institute for Translational Health Research and University of Adelaide, found an overall 8.2% rate of major device-related complications in more than 81,000 patients.

The study included data from patients receiving permanent pacemakers (PPM) or implantable cardioverter-defibrillators (ICDs) both as elective and urgent procedures.

Complication rates ranged from a low of 5.3% to a high of 14.3% across the hospitals.

While ICDs had a higher rate of complications than pacemakers (10.04% v 8.76%), the sheer number of pacemakers meant that they accounted for more than three quarters of all complications.

Lead author and cardiologist Dr Isuru Ranasinghe told the limbic there was clearly room to improve.

“You would expect in procedures performed electively to have a lower complication rate than that.”

“The other surprising finding was the risk is not static but very modifiable based on which hospital you have the procedure in. Some hospitals had a complication rate close to 5% and others on the opposite end had complications rates at 14-15%. And that is getting to the range when it is too high and you question whether there is a safety concern for patients at those particular facilities.”

“I think part of the issue is that a lot of these events may be invisible to clinicians. About 60% of complications occur after the patient leaves the hospital so many doctors and hospitals may not be fully aware of the true complication rates for their patients.”

“We would advocate for these complication rates to be routinely reported. We’ve used data that already exists from health departments so there is no reason why the government can’t do the same as we have done to make this fully transparent for patients, clinicians and the community at large.”

“Once you can measure something and it’s visible, you can take steps to reduce it.”

He said hospitals didn’t necessarily have the resources or the expertise to measure complication rates themselves.

The study found the most common complications were lead reoperations, pneumothorax, haemothorax and pleural effusions.

Dr Ranasinghe said there were quite a few strategies that hospitals could adopt to reduce their complication rates.

They included having experience proceduralists, infection control measures, minimising interruption to blood thinning drugs, taking part in training and in clinical quality registries which were known to reduce complication rates over time.

“And we think that is already happening because there are clearly centres that already do this procedure very safely.”

“Pacemakers and defibrillators have a lot of benefits and can be life-saving devices. We certainly don’t want to scare patients away from having a device that could do a lot of good.”

“What we want is for hospital to do these procedures in a safe manner so that patients get all the benefits without the harm.”

An accompanying editorial in Annals of Internal Medicine said the findings highlighted the need for increased initiatives at the institutional level to improve the quality of care for CIED recipients.

“These complications are not trivial; they may have a profound effect on patients’ wellbeing and quality and duration of life.”