The prestigious Ralph Reader prize for clinical science has been awarded to a researcher from Tasmania who developed a risk prediction tool to identify heart failure patients at the highest risk of death or readmission.

Presenting his findings on Saturday morning along with two other short listed candidates Quan Huynh from the Menzies Institute for Medical Research said effective targeting of disease management programs for HF was likely to reduce readmissions and save money.

In the current study 240 heart failure patients who were randomised to usual care or to an intervention based on whether they had an LVEF  of below or above 40%.

The intervention involved: the use of a handheld echo and BNP to optimise vascular volume at discharge, increased education; exercise guidance; planned drug titration; better transition of care through communication with GPs; and increased intensity of heart failure nurse follow-up.

The primary outcome measure was 30-day all cause readmission or death. 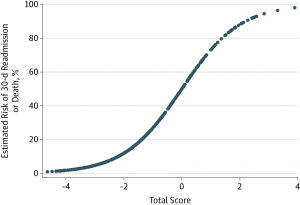 It optimised the predictive score of 30-day readmission or death by adding important determinants not included in previous models, including echocardiography, mental health, cognitive function, and individual socioeconomic status, he said.

He suggested interventions to be initiated in patients with a ≥50% predicted risk of readmission or death within 30 days of discharge from hospital.

The study was published earlier this year as a letter in JAMA Cardiology.