Professor Thomas Marwick: What’s ahead for cardiology in 2022? 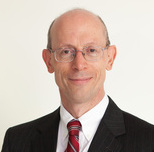 Research implementation should be a priority for clinical practice in 2022, says Professor Thomas Marwick, Director and Chief Executive of the Baker Heart and Diabetes Institute.

The last few years have seen important developments in therapies such as SGLT2 inhibitors and antihypertensives, and tools like CAC scores, but Professor Marwick hopes this year clinicians will focus on incorporating these and other evidence-based measures into clinical practice.

SGLT2 inhibitors could soon become “analogous to statins in terms of their impact on cardiovascular disease”, Professor Marwick said.

With “several years of positive results” under their belt, and likely, more to come, he hopes to see SGLT2 inhibitors used for heart failure prevention in eligible patients, with or without diabetes in the next couple of years.

Currently, their use is limited to certain patients with diabetes and/or heart failure with reduced ejection fraction in Australia, with only one SGLT2 inhibitor PBS-listed for both indications.

Use of CAC scoring is set to grow in 2022 as the tool proves increasingly useful for cardiovascular disease prevention in moderate-risk patients, Professor Marwick predicts.

“About half of people are at intermediate levels of risk where the optimal treatment is not defined, so I hope that this will be a source of change in Australia,” he says.

“The Heart Foundation has taken an interest in this and generated some guidelines about the use of coronary calcium scoring so I’m hopeful we’ll see some traction and some change around this in the next year or so,” he adds, referring to the National Heart Foundation of Australia’s 2021 position statement.

MBS funding and additional research into CAC scoring could also help drive uptake, although Professor Marwick is “not aware there’s any timetable” for government-subsidised tool use.

“I do see increasing interest in that space however, and I’m hopeful that the use of [CAC scoring] will be reviewed again soon,” he said.

There have been few new antihypertensives in recent years but 2022 may see novel agents such as the non-steroidal mineralocorticoid receptor antagonist finerenone become available for use, Professor Marwick suggests.

“The agents we’ve got in that space are really quite old now. We have spironolactone which is decades old and eplerenone, which is around 10 years old and we do need more in the blood pressure control and heart failure management spaces,” he says.

Finerenone was recently TGA-approved to “delay progressive decline of kidney function in adults with chronic kidney disease associated with type 2 diabetes (with albuminuria), in addition to standard of care”.

Research at a glance: mRNA vaccine development for cardiovascular disease

2022 should see some exciting developments in cardiology research, some of which may come from Professor Marwick’s own Baker Heart and Diabetes Institute.

The organisation, along with other international groups is currently exploring whether vaccines, including mRNA vaccines, could play a role in cardiovascular disease prevention and management.

“There are some really interesting ideas that are coming out, really from the pandemic and the use of mRNA vaccines, and obviously, it’s possible to use these vaccines not only to target immune responses to infection but to target other biological processes,” Professor Marwick notes.

“There has been interest in the past in using vaccines in, for example, hypercholesterolaemia or cardiovascular disease in various ways and I think that area of mRNA vaccines is very likely to grow.”

While the vaccines aren’t likely to come into practice in the next year, he expects there’ll soon be some interesting results.

Meanwhile, the Baker will continue rolling out Australia’s first unexplained cardiac deaths registry in the hopes of identifying mechanisms behind the fatal events and new prevention targets. The registry launched in Victoria and is starting up in New South Wales.

“The issue of unexplained cardiac death is, in my opinion, one of the biggest public health issues that is flying under the radar,” Professor Marwick said, adding that the mortality rates are “not terribly different from motor accidents or suicide”.

“Premature coronary artery disease seems to be the most important contributor,” he said.

As a result, Professor Marwick thinks that there should be a national effort to recognise coronary artery disease risk in patients aged 40 and under. He noted that the reduction of cardiovascular mortality in the over-40s has not been witnessed in younger people.