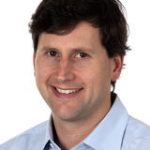 There is no advantage in increasing the dose of tenecteplase beyond 0.25 mg/kg, the dose most often used for stroke management in Australia and that recommended by local clinical guidelines.

In research presented at the recent American Stroke Association’s International Stroke Conference 2020 in Los Angeles and concurrently published in JAMA, 300 ischaemic stroke patients were randomised to either 0.25 mg/kg or 0.40 mg/kg tenecteplase.

The patients, from 27 sites in Australia and New Zealand, were given the drug as a bolus within 4.5 hours of symptoms and confirmed occlusion of the intracranial internal carotid, basilar or middle cerebral artery.

The study found the primary outcome of reperfusion of >50% of the involved territory or an absence of retrievable intracranial thrombus occurred in 19.3% of patients in both treatment groups.

Only 14% of treated patients who achieved the primary outcome in both groups subsequently required thrombectomy.

Secondary outcomes such as mRS at 90 days, deaths and adverse events were also similar in patients receiving either the 0.25 mg/kg or 0.40 mg/kg doses.

Intracranial haemorrhage occurred in 1.3% of patients treated with the standard dose of tenecteplase and 4.7% of those treated with the higher dose, although the difference was largely due to thrombectomy-related wire perforations.

Lead investigator Professor Bruce Campbell from the Royal Melbourne Hospital told the limbic the 0.40mg/kg had been used in a large Norwegian tenecteplase stroke trial and was a bit lower than the 0.5 mg/kg dose used to treat a heart attack.

“We wanted to make sure that we shouldn’t be going higher – in Australia our trials have all used 0.25 mg/kg,” he said.

The findings should help with “the comfort and familiarity with this drug,” he added.

“It’s something that a lot of small country hospitals are very familiar with because this drug is a standard treatment for heart attacks and they may not stock alteplase which we would use in the city currently.”

“In South Australia, they have really been leading with implementing tenecteplase-based thrombolysis in very small regional centres and our Victorian Telestroke Network are considering whether we switch over as well.”

Professor Campbell said while 0.25 mg/kg appeared to be the appropriate dose, the non-inferiority finding in the higher dose was reassuring.

“Because when we dose these drugs we generally don’t get out the scales. We do an eyeball estimate of [body]weight which is often out a bit and this just provides some reassurance that if we are inadvertently overestimating weight that we still have a window of safety up to 0.40 mg/kg,” he said.

He added that the tenecteplase was simple to make up and give as a bolus.

“Yes, our data suggests you get the artery open more often, but it is also a lot more convenient [than alteplase] particularly in patients with these large vessel occlusions as we are often shipping them around from one hospital to another as only certain hospitals deliver clot retrieval and the infusion needs to be supervised.”

He said while the majority of Australian stroke centres were still using alteplase at this point, the decision of which drug to use as the optimal first-line thrombolytic will be guided by results of ongoing head-to-head trials.