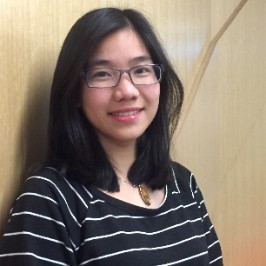 Women are almost 40% more likely to die one year after stroke compared to men, according to the latest findings from the Australian Stroke Clinical Registry (AuSCR).

Poorly managed CVD – particularly atrial fibrillation – was highlighted as a major factor leading to the disparity in new research published in the Journal of Women’s Health.

The research also revealed that only 70% of AuSCR registrants were prescribed antihypertensive medications at discharge from hospital, which investigators said was concerning because it was known that patients not prescribed the drugs on discharge experience had worse long-term survival than those who did.

The findings come from an investigation into the cause of death in more than 9,400 patients participating in the Stroke Clinical Registry a year after first stroke. Researchers from Monash University, led by Dr Dr Hoang Phan, set out to look at sex differences in cause of death and cause-specific excess mortality after stroke.

Overall,  those surviving to 30 days had eight-fold increased mortality from stroke (primary/recurrent) compared with the general population, irrespective of sex. Excess mortality was mostly attributed to stroke or recurrent events, other cardiovascular conditions, and cancer.

According to the analysis, women were around seven years older than men at first stroke and and had more comorbidities  – more women had dementia, hypertension, atrial fibrillation, and heart failure/myocardial infarction.

However more men were smokers and had hyperlipidaemia and diabetes, and were more likely to have higher mortality from ischaemic heart disease.

How to optimise outcomes

With age being the most important factor, contributing to 51% of the sex differences in stroke-specific mortality, researchers said it was critical to develop clinical recommendations that incorporated age-related complexities like multimorbidities and polypharmacy, to optimise outcomes of older patients with stroke.

“Women were older and frailer, and more often had AF and hypertension than men. Suboptimal management of AF such as under treatment with anticoagulants among older patients, many of whom are women, underpins the need for better detection and treatment of AF in older men and women.”

Investigators also found that women had a lower likelihood of early aspirin administration, explaining about 13% of the sex difference in stroke-specific mortality.

While men and women generally received similar acute care, the exception was that 10.6% fewer women were administered aspirin within 48 hours of stroke than men.

“Greater implementation of secondary stroke prevention is relevant to both sexes,” they wrote.

The figures were based on a subset of patients from 21 hospitals in Queensland (n = 2,972), and were evident regardless of whether or not early deaths within 48 hours were excluded.

The study was also able to capture data that highlighted the disparity in care for men and women post discharge.