Pacemaker cardiologist has a street named after him 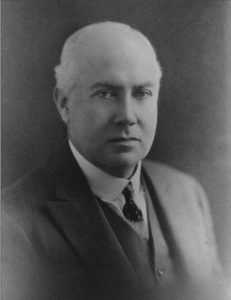 An Australian pioneer cardiologist in electrophysiology who paved the way for the cardiac pacemaker is to be immortalised by having a Sydney street named after him.

Dr Mark Lidwill who died in 1969, became famous for his work on electrical stimulation of cardiac tissue in the 1920s while working at Sydney’s Royal Prince Alfred Hospital that ultimately led to the development of the pacemaker.

His achievement will now be recognised in Lidwill Street, Bella Vista, which is one of 15 new street being created as part of the $8.3 billion Sydney Metro Northwest project.

The streets are being built to create access to eight new stations, and named by the the Geographical Names Board after “Innovators and Pioneers” including other medical achievers such as Sir John Cornforth (1917-2013) who did research into lipids and cholesterol and Dr Howard Florey (penicillin).

Dr Lidwill was a medical graduate from Melbourne University who experimented with using electricity to stimulate cardiac muscle and set the pace of the heart.

In 1926 he resuscitated a newborn baby with an electrical needle inserted into the heart to administer 16-volt impulses.

He wrote: “The method was tried in two or three cases and was completely successful in the case of a stillborn infant, when everything else had been done to revive the child, artificial respiration, injections of pituitrin and adrenalin injected into the heart itself. After this had failed, the needle machine was plunged into the auricle and various voltages were tried with no result. The needle was then plunged into the ventricle, and the heart responded to each impulse. At the end of ten minutes the current was stopped and it was found that the heart would beat of its own accord. The child recovered completely and is now living and quite healthy.”

Dr Lidwill was also a pioneer in electrophysiology and purchased the first electrocardiograph in Sydney.

He also developed a mechanical-anaesthesia apparatus, the “Lidwill Inter-tracheal Anaesthetic Machine”, that remained in use in operating theatres in hospitals throughout Australia for more than 30 years.

As well as having a street named after him, there is also the Mark Cowley Lidwill Cardiac Electrophysiology Laboratory at the Victor Chang Cardiac Research Institute in Sydney.