Old medicine may have new use in intracerebral haemorrhage: SPOT-AUST study 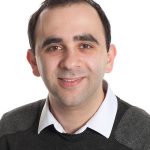 A small Australian-led study appears to hint that treating patients diagnosed with ongoing intracerebral haemorrhage with the common anti-fibrinolytic agent tranexamic acid may limit the size of the haemorrhages.

In his report at the American Heart Association/American Stroke Association’s International Stroke Conference in Los Angeles, Dr Yassi reported that in his placebo-controlled trial the intracerebral haemorrhage growth of 33% or of at least 6ml above baseline volume occurred in 22 patients receiving tranexamic acid and in 26 patients on placebo, a reduction in the risk of an expanding haemorrhage volume of 28%.

He acknowledged that probably due to the small numbers of patients in the study – 50 people were enrolled in each arm of the trial – the difference was not statistically significant (P=0.41).

In the late-breaker oral presentation, Dr Yassi also reported that 56% of the patients who received tranexamic acid, after 90 days, had either returned to their baseline modified Rankin Scale status or had a score between 0-2, indicating minimal deficits from the stroke. About 46% of patients on placebo achieved those results  (P=0.31), the researchers reported.

The treatment was guided by observation of the so-called ‘Spot Sign” on CT scans. That phenomenon is an indication that bleeding into the brain is ongoing, the researchers reported.

Dr Yassi suggested that while the results did not prove significant, studies should be considered with tranexamic acid.

“Further trials using tranexamic acid are ongoing and focusing on ultra-early treatment – within 2 hours. This is where the greatest opportunity for intervention appears to be,” he said.

“Tranexamic acid is inexpensive, safe and widely available. Our results and others provide great impetus for further, focused research using this treatment.”

Dr Yassi added that major adverse events such as thromboembolism or death were not statistically significantly different between the groups.

Tranexamic acid is frequently used to treat people who experience bleeding due to trauma, surgery, tooth removal, nosebleeds and heavy menstruation. In the STOP- AUST study, patients who exhibited the Spot Sign  were given either intravenous tranexamic acid or placebo within 4.5 hours of symptom onset.

Researchers found a trend towards reduced haemorrhage expansion in the group treated with tranexamic acid, especially in those treated within 3 hours of the brain bleed.

Commenting on the results of STOP-AUST, Dr Mark Alberts, chief of neurology at Hartford Hospital and physician-in-chief at Ayer Neuroscience Institute, in Hartford, Connecticut, USA, said:  “Although this trial did not see a significant outcome, with the small numbers of patients, the fact that they saw positive trends is encouraging.  This does have the potential to change therapy.”