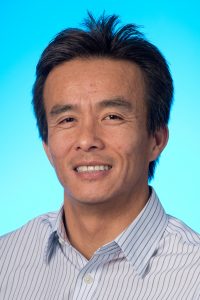 Australia’s first national Venous Thromboembolism Prevention Clinical Care Standard has been launched with the aim of ensuring all patients in hospitals are assessed for VTE risk and given a VTE prevention plan if necessary.

The new standard, developed by the Australian Commission on Safety and Quality in Health Care (ACSQHC), could help avoid many of the 5,000 fatalities from hospital-acquired VTE in Australia each year, according to Associate Professor Huyen Tran, Head of the Haemostasis and Thrombosis service at The Alfred hospital, Melbourne.

Speaking at the launch of the standard, Professor Tran said the standard was developed after it was estimated that VTE accounted for around 10% of all hospital deaths in Australia, and yet fewer than half of hospital clinical units were routinely assessing patients for VTE risk.

“This is a really important public health issue,” he said.

“We can reduce the incidence of VTE by up to 70% with VTE prevention teams within hospitals.”

Professor Tran gave the example of his own hospital, where a multidisciplinary team developed VTE prevention policies that resulted in 80% of eligible patients receiving appropriate VTE prophylaxis.

But he said it was important to have involvement from all hospital departments rather than a top-down, one-size-fits-all guideline for a hospital, he stressed.

“For example the surgeons doing hip and knee replacements are admitting and providing care for patients who are at risk of VTE, so it’s important to engage with these units and  get their input,” he said.

The standard includes seven  ‘quality statements” that aim to ensure that all adults presenting to a hospital have an assessment of VTE risk and bleeding risk that is formally documented, and that VTE prevention is appropriately prescribed and reviewed.