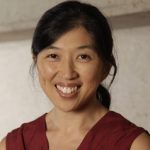 A new national cardiovascular research centre – the Australian Stroke & Heart Research Accelerator (ASHRA) is being set up as part of the government’s strategy to commercialise medical research and channel funding into translation projects.

The centre, hosted by Monash University, Melbourne, will be a collaboration involving six academic partners, and more than 25 additional partners from health care, government, NGO, research organisations and industry.

It is to receive $10 million over the next four years from the Medical Research Future Fund (MRFF) to work with industry partners on 13 research projects in target areas including coronary artery disease, cardiomyopathy and heart failure and transient ischaemic attack/stroke.

Cardiologist Professor Clara Chow of Sydney University will serve as ASHRA director for the first year. She said the centre will focus on projects with significant commercialisation and impact potential and cover areas such as digital health, medical devices, therapeutics and behavioural interventions.

“We as sector leaders feel both a responsibility and excitement that ASHRA can bring together the collective skills of clinicians, academics, industry, government and the community to effectively solve the problem of heart disease and stroke,” she said.

Professor Stephen Nicholls, Director of Monash University’s Victorian Heart Institute has been announced as ASHRA Deputy Director and leader of the Monash ASHRA Node. He said an additional $20 million in partner contributions would “shift the paradigm” in Australian cardiovascular research.

“It is the most progressive, disruptive approach and investment in cardiovascular innovation and acceleration the country has ever seen,” he said.

“This cash injection will allow us to move our discoveries forward rapidly and bring them to the clinic and to patients. It’s also about creating a culture of entrepreneurship and commercialisation among the next generation of young researchers.”

Professor Nicholls will lead one project, in conjunction with Melbourne-based industry partner ESN Cleer, that will test a new saliva-based heart failure diagnostic device on patients.

Also at Monash, Professor Peter Currie and Associate Professor Mikael Martino will receive more than half a million dollars to investigate the potential of novel cellular therapies and tissue engineering to prevent heart damage following ischaemic injury, to reduce scarring and prevent the onset of heart failure.

“We are excited by the opportunity to develop our promising macrophage-based technologies for the treatment of heart attack,” said Professor Currie, Leader of the Novel Cellular Therapy project and Research Director of the Australian Regenerative Medicine Institute.

The ASHRA Centre funding is part of the government’s Targeted Transition Research Accelerator (TTRA) Initiative, whose goal is to “promote the clinical and commercial translation of innovative therapeutics, diagnostics, devices and digital solutions” via contestable research project funding.

The initiative is being delivered by MTPConnect, an agency set up by the government to build stronger links between research and industry and promote the commercialisation of Australian scientific breakthroughs.

CEO Dr Dan Grant said workforce development was another key element of the new research centres such as ASHRA.

“The future of our medical products sector depends on our skilled workforce and so, in addition to their research activities, each Research Centre will implement a training program to support students and early-to-mid career researchers and clinicians to strengthen partnerships across research, clinical and industry groups and drive better translation outcomes,” he said.