Neutral results from trial of atrial shunt in HFpEF: what implications for the future? An international RCT published in The Lancet compared placement of the Corvia atrial shunt with a sham procedure in 626 patients from 89 centres across the USA, Canada, Europe, Australia, and Japan.

The shunt has previously been shown to reduce elevated pulmonary capillary wedge pressure (PCWP) – “a hallmark of HFpEF or HFmrEF”.

However the REDUCE LAP-HF II study found the primary composite endpoint did not differ between the intervention and control groups, and there were no differences between groups in the individual components of the primary endpoint.

Cardiovascular death and nonfatal ischaemic stroke were uncommon in both groups (4 v 2 events; p=0.42) at 12 months of follow-up.

The KCCQ overall summary score of health status improved to a similar extent in both groups at 1 year while the NYHA functional class improved in the group with shunts compared to the controls.

Overall, there were no differences in the composite safety endpoint between the two groups however patients treated with the shunt were more likely to have a major cardiac event in the 12 months after the index procedure than patients who underwent the sham procedure (4% vs 1%, p=0·025). 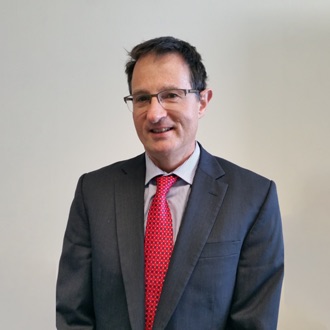 One of the investigators Professor David Kaye told the limbic that the low mortality and hospitalisation rates in both groups made the findings perhaps unsurprising.

“We do know that in this population, hospitalisation occurs for a range of things not just heart failure so it can be a challenge to get a significant reduction in HF hospitalisation.”

However the study also found patients with a peak exercise pulmonary vascular resistance (PVR) of less than 1·74 Wood units – the majority of patients – had better heart failure outcomes.

“From the sub-analysis of the paper, it looks like there may well be a population that we can identify that will benefit.”

“This has got to be followed up with a secondary study. The next line of research is to specifically target the group of patients that we think will benefit and probably do the same randomised study but just in that group and see which way the cards fall.”

Professor Kaye, director of cardiology at the Alfred Hospital, said the patients with shunts were still being followed.

“We’ve had good long-term follow-up from the original study which is now five years ago. One of the original concerns was that creating a left to right shunt might put extra pressure or load on the right side of the heart and that could cause problems.”

“But we know from the echocardiograms that the right ventricle gets a little bit bigger but patients don’t seem to have suddenly developed right heart failure. We are continuing to follow the patients for those potential problems but have no signal of that.”

An accompanying Comment in The Lancet said the neutral trial results might be disappointing for some, given the unmet clinical need in heart failure.

“Fortunately,  important  lessons  that  emerge  from  this  trial  provide  necessary  insight  for  future studies,” it said.

“This  rigorously studied cohort showed clinical improvements in health status regardless of treatment assignment—an observation that almost certainly limits the potential to see a treatment effect.”

In particular, the Comment article said the RCT provided insight into “who should (or should not) be enrolled in future trials”.

Other pertinent  questions to ask and answer included: