Network aims to reverse the decline in Australian cardiovascular trials 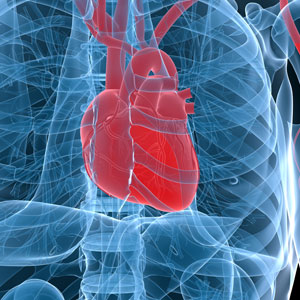 The launch of an Australian and New Zealand Alliance for Cardiovascular Trials (ANZACT) aims to restore Australia’s standing in cardiovascular disease research.

Professor Christopher Reid, chair of the CSANZ Clinical Trials Committee told the limbic the initiative was driven by a gradual decline in the ability of Australia to collectively participate in trials, both local and international.

“Australia has a very good, strong history in cardiovascular trials and we have some wonderful centres of excellence including the George Institute, SAHMRI, the NHMRC Clinical Trials Centre in Sydney, Monash and more.”

“But what we are recognising is that, for big trials of really global importance, there does need to be need large engagement from participating hospitals or centres and, in the cardiovascular space, from general practice.”

“We also noticed that cardiac grants success had reduced over recent years, so a network which can support investigators with trial sites, establishing Data and Safety Monitoring Boards, and linking with health economists or others, will be very helpful.”

Professor Reid said a recent ANZACT workshop included a first round of discussions on a variety of projects such as interventional cardiology, electrophysiology and a GP-based trial on improving outcomes for MI patients post discharge.

“These trial discussions were where people looking to develop up their projects could talk with colleagues, get some input from others and effectively get endorsement from the network that these trials are worthy.”

He said ANZACT has appointed an executive officer and planned to have its steering committee established by the CSANZ ASM in Brisbane in August.

“It’s early days but the network has a vision and that is really for Australia and New Zealand to be involved in trials of national and international importance in terms of prevention, treatment and management of cardiovascular disease.”

He said clinical trials have been enormously expensive in the past and there was an urgent need to be more efficient.

“We’re looking at ways we can do them faster and more efficiently and that involves mobilisation of centres or supporting centralised ethics approvals,” he said.

“We are also planning to work closely with other organisations such as the Heart Foundation which has a role in the public promotion of engagement in clinical trials.”

“ANZMUSC is four years down the track and we can learn from them. We also thought musculoskeletal was good because it is multidisciplinary and much of the work in cardiovascular disease is also multidisciplinary. We have everything from cardiac rehab to general practice and interventional cardiology in the middle.”

He emphasised ANZACT was a very inclusive group keen to engage with consumers, allied health and clinicians.