Jury out on medical management of patent ductus arteriosus 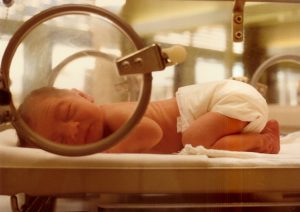 A systematic review of the evidence has determined that high dose oral ibuprofen is the best pharmacotherapeutic option for closure of a haemodynamically significant patent ductus arteriosus (PDA).

The review comprised 68 randomised clinical trials and almost 5,000 pre-term infants receiving indomethacin, ibuprofen or acetaminophen according to about 14 different doses, routes and methods of administration.

The study found the overall closure rate with any treatment was 67.4% compared to 38% with the placebo or no treatment group.

“Apart from the high dose of oral ibuprofen, oral acetaminophen also consistently ranked high across all effectiveness outcomes, suggesting that it could be an alternative to intravenous ibuprofen and intravenous indomethacin for hemodynamically significant PDA closure,” the study said.

“In contrast, the standard dose of intravenous ibuprofen generally ranked just above placebo across all effectiveness outcomes, suggesting that the standard intravenous doses maybe ineffective in achieving PDA closure beyond the first few days of life.”

A high dose of ibuprofen was defined as 15-20 mg/kg followed by 7.5-10 mg/kg every 12 to 24 hours for a total of three doses (both intravenous and oral administrations).

Meanwhile a survey of Australian and New Zealand neonatologists has found the majority (70%) have prescribed paracetamol for PDA closure – typically after failed NSAID treatment as opposed to first line treatment.

Of concern, only about 25% of respondents said their unit had a written policy or standard practice regarding management of PDA.

Pediatrician Dr Ben Wheeler, from the Dunedin School of Medicine at the University of Otago, told the limbic Australians seemed to be more adventurous in their use of paracetamol while the New Zealand practitioners were more conservative.

“It highlights the importance of consistent guidelines and consistent communication,” he said.

“We need further evidence and ideally, some stronger studies but given its quite benign profile, as the data in this paper shows there is quite a lot of interest from clinicians in using paracetamol.”

He said they were ‘a little shocked’ at how few neonatal intensive care units had a protocol of any kind regarding PDA.

“These sorts of papers are a reminder to us all that in the midst of our busy practice, we do need to ensure that we are providing good support to our junior staff and nursing staff for how to safely use treatments of all kinds.”

Dr Wheeler added the favorable side effect profile of paracetamol made it an attractive alternative to NSAIDs and especially when the other main treatment option was surgery.

“Certainly all of us as parents and staff would prefer a relatively benign medication that can do the same thing. That’s why it is attractive to people. It’s started to creep into practice before the evidence is fully available.”