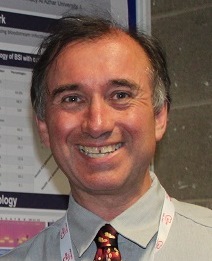 Australia’s first infective endocarditis registry and biobank will provide the infrastructure to advance research and multidisciplinary care of patients.

Dr Robert Horvath, infectious diseases physician at the Prince Charles Hospital in Brisbane, told the limbic patients’ blood and tissue samples along with microorganisms would be stored in the biobank.

One of the main research projects will be to ascertain if some patients have a genetic predisposition to infective endocarditis or to some of its sequelae such as stroke.

The information could be useful for example in prioritising resources in the ED.

“Are there certain people we can target in advance at higher risk and others that we know are going to be at relatively low risk? If we do actually prove that there is something, which we may not, then it may be easier for EDs when dealing with intravenous drug use with Staph aureus in the blood to know that patients are highly unlikely to get the sequelae,” he said.

Dr Horvath said biobank blood samples would also be used to help develop biomarkers and future point of care tests that could be used to diagnose people quickly in the ED.

“The other thing we are hoping is to use that for prognosis so we can tell just from a simple blood test while you are still doing a ward round, whether someone is responding to treatment or they are not. With current technology we are relying on blood cultures which is often two days, so you are always two days behind the ball unfortunately.”

“We are hoping that if all this is much quicker, we can know in ED whether someone has potentially got it and we can know pretty quickly or on a daily basis whether they are responding well or whether we have to escalate management because whatever we are doing is not working. “

He said genetic work-ups of the microorganisms from infective endocarditis patients would hope to identify if there was something in particular about the strains of organisms likely to cause endocarditis.

Dr Horvath said one of the emergent risks with infective endocarditis was the exponential increase in the number of TAVI procedures.

“Being a prosthetic valve, the risk is similar to someone having a normal valve with a week long hospital admission. We reckon there is going to be a lot more endocarditis in Australia so we are trying to be ahead of the curve at the moment with education.”

“People getting TAVIs hopefully will be given information leaflets about what to look out for to reduce their risk of getting bacteremia and also what to do if they think they are unwell, which largely includes getting blood cultures done before people are given antibiotics.”

He said up to a quarter of patients were deemed “culture negative endocarditis” – often because someone has given them antibiotics before doing any tests.

“It makes it difficult at that stage if you don’t know if they really have it and what antibiotics to use if you can’t target a particular organism.”

Dr Horvath said the biobank would also be hosting research on antibiotic drug levels given much of the advice to date was empirically based.

“The agent we sometimes use for Staphs – daptomycin – we are using some of the funding to set up an assay for drug levels to have a better idea of whether we can match drug levels to outcomes. Do we boost the drug up or lower it down because we are giving too much?”

He said local data would also be useful for determining if doxycycline dosing in Q fever could be reduced.

“Queensland gets close to half of all the Q fever cases in Australia and unfortunately the treatment for chronic Q fever is up to 2-3 years of doxycycline which for Queensland’s UV Index is not great.”

“What I would like to see is if we can reduce the doses and see if we get the same outcomes without causing, potentially, skin cancers.”

With the development of a statewide advisory service, he said the clinical care team would also be able to improve bed flows.

The Prince Charles Hospital is hosting the inaugural infective endocarditis symposium in Brisbane on Saturday, 26 October.