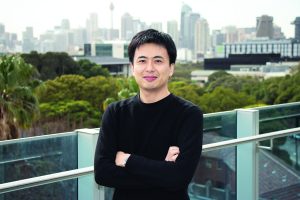 Diabetes is a known risk factor for heart failure but a meta-analysis of the evidence has confirmed the risk is particularly high in women.

The findings, published in Diabetologia, suggest women with diabetes may be undertreated compared to men.

The study also postulated that prolonged exposure to hyperglycaemia during the prediabetic state may increase the risk of heart failure in women who have been shown to have a longer duration of prediabetes than men.

The systematic review identified 47 cohorts comprising over 12 million participants with data for sex differences in the association between diabetes and the risk of heart failure.

The meta-analysis confirmed the link between diabetes and heart failure risk in both men and women. It also found that both type 1 and type 2 diabetes were stronger risk factors for heart failure in women than in men.

The sex-specific relative risk for heart failure associated with type 2 diabetes was 1.95 in women and 1.74 in men.

Lead author and diabetologist Dr Toshiaki Ohkuma, a visiting research fellow at The George Institute for Global Health, said it was the first evidence to show that women with diabetes were at far greater risk for heart failure than men.

“The increased risk of heart failure following a diabetes diagnosis is significantly greater in women than men which highlights the importance of intensive prevention and treatment of diabetes in women.”

“Further research is required to understand the mechanisms underpinning the excess risk of heart failure conferred by diabetes, particularly type 1, in women and to reduce the burden associated with diabetes in both sexes.”