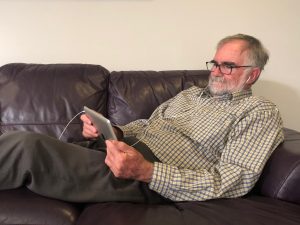 It’s a risky business Googling potential side effects of drugs – with research showing that greater access to online information about adverse effects of statins is associated with higher rates of statin intolerance.

Canadian researchers ascertained the prevalence of stain intolerance in 13 countries across five continents via a web-based survey of GPs and specialists.

English-speaking countries – Australian, Canada, the UK and US – had the largest number of websites about side effects and the highest prevalence of statin intolerance.

The study authors from the University of Toronto said English-speaking countries had five times the number of websites about side effects than Poland and four times as many as Brazil.

“The majority of statin-intolerant patients complain of muscle symptoms, which are common and generally subjective, and therefore particularly susceptible to the nocebo effect.”

The authors said it was possible there were other inherent differences in genetics, lifestyle or medical care, which influenced the prevalence, perception and ascertainment of stain intolerance.

“However it is unlikely the prevalence of true stain intolerance would vary so dramatically between countries, particularly the uniquely high prevalence in English-speaking countries.”

“Hence, the nocebo effect driven by Google may be contributing to statin intolerance, resulting in patients who might otherwise benefit foregoing a cardiovascular risk reduction of up to 50%.”

They said clinicians should remind patients that muscle symptoms were common in middle-aged and older people, whether or not they were taking statins, and that the benefits of the drugs outweighed any potential risks.

An accompanying editorial in the International Journal of Cardiology said blinded RCTs have shown that adverse events occurring during statin treatment were not usually caused by the drugs.

“Thirty years of prescription use and about the same number of cardiovascular outcome randomised controlled trials have shown statins to be safe, effective and inexpensive drugs.”