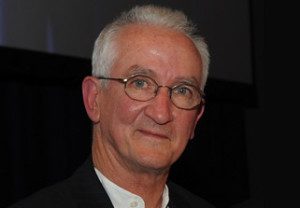 The legacy of one of Australia’s top interventional cardiologists has been recognised in the Queen’s Birthday Honours.

The late Dr James Cameron is granted a posthumous honour today, as a Member of the Order of Australia (AM).

A past president of the Cardiac Society of Australia and New Zealand (CSANZ) from 2010-12, he was recognised for “significant service to cardiology, and to professional societies”.

Dr Cameron died just over two years ago, aged 67, leaving behind a reputation as an innovator and pioneer of stenting and angioplasty in Australia.

His wife, GP Dr Margaret Cameron, said the award would have meant everything to a man she described as a “gentle, kind thoughtful person and a wonderful doctor and colleague”.

“He was also quite wickedly funny, with a dry sense of humour,” she told the limbic.

Graduating from the University of Queensland in 1976, he went on to train at Stanford University in the US, returning with the skills to start cardiac stenting and angioplasty at Prince Charles Hospital, Brisbane in the 1980s.

By 1993, he became managing director of the Queensland Cardiovascular Group and an active member of the Wesley Research Institute, formerly St Andrew’s Medical Institute.

As a member of CSANZ, he was a driving force in establishing the Australasian Cardiac Outcomes Registry, of which he was chair.

Dr Cameron was also an advocate for indigenous cardiovascular health and in recent times a supporter of the Heart of Australia initiative to bring mobile specialist services to rural Queensland.

In his cath lab, he was known as “famously cool headed, even as all hell would break loose”, Dr Margaret Cameron recalled.

“It was one of his great attributes that he wouldn’t shout, he wouldn’t lose his temper, he would just keep looking for a solution no matter what,” she said.

“He treated all problems like that, he would not let anything defeat him.”

A father of five, with three grandchildren, he was also very devoted to swimming, running and would make cheese at home in his spare time, she said.

“He’d make brie, but also had a go at parmesan a few times,” she said.

“My children would point out it wasn’t a cost effective exercise but he loved making it. That was him. He was really interested in all sorts of things.”

She said the recognition was something the family would cherish long into the future.

“He was a great teacher and mentor, and his career was a formidable achievement and I’m thrilled to have that recognised,” she said.