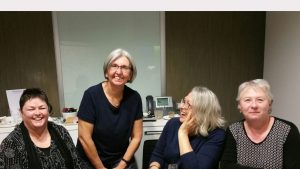 An online course to open up discussion and remove the stigma around palliative care and dying has proved hugely popular with health professionals as well as the community.

The aim of the course was to encourage people in the community to openly discuss and learn about issues around living, death and dying.

While the organisers had anticipated about 250 enrolments, they actually got 1156 applications, of whom 895 took part in some or all the activities.

Enrolees were primarily female (92%) and while the course was aimed at the community, almost 70% of people who took part were health professionals, according to an evaluation report published in BMC Palliative Care.

Of the predominance of health professionals, the evaluators said: “We were interested to note that during the course, most participants engaged as individuals rather than in a professional role. Often responses would highlight personal experiences and they demonstrated that they were keen to learn about death and dying outside of their professional lens.

“This could suggest that the health workforce has identified a need to be able to more openly discuss death and dying. This may reflect a growing awareness that ‘palliative care is everyone’s business’ as the population ages and palliative care needs increase.”

Most participants already felt relatively comfortable talking about death and dying before they started the course and the evaluation showed they were more comfortable at the end of it.

“Being able to talk about death is important in normalising death as a part of life and being equipped to prepare for the end,” said Professor Jennifer Tieman, a palliative care researcher at Flinders University  and director of the CareSearch program that offers the course.

“For example, people reflected on why we use euphemisms, how we create images of death and dying in art, literature and film, whether death is being medicalised, and how social media and technology is changing our view.”

Enrolments for the May 2018 Dying2Learn course are now open.