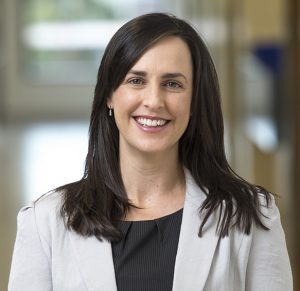 A Victorian study has found women experiencing a STEMI have delays at each step in the pathway to reperfusion.

The study of more than 6,330 STEMI patients between 2013 and 2018 used data linkage from the 30 hospitals participating in the Victorian Cardiac Outcome Registry (VCOR) and emergency transfers to hospital by Ambulance Victoria.

The study, published in the Journal of the American Heart Association, found the primary outcome of call-to-door time was 58 mins in women compared to 56 minutes in men (p <0.001).

Other clinical outcomes such as MACE, new heart failure and recurrent MI were not significantly different between women and men.

“Delays can occur at any stage from symptom onset until definitive treatment is performed and can include patient delays and healthcare system delays.”

“As far as we are aware, our publication is the first to investigate sex differences in all time intervals from EMS call to arrival at the hospital door and subsequent PCI,” it said.

“We knew women take longer to get to the hospital, but we weren’t sure if it was that women sit longer on their symptoms and don’t come in as quickly as possible or is there a delay even before the hospital within our healthcare system?”

“And unfortunately we found there was actually even a delay at the ambulance. Even when the women are having severe heart attacks and call the ambulance, there is a slight delay compared to a similar male who calls the ambulance.”

“And there’s the time for the ambulance to get there, to do the ECG and to get them to the hospital. It’s not like there is one specific area we can say this is where the delay has happened – it’s like every little segment of time is slightly delayed in women compared to men.”

The delays remained even after adjusting for women being older and more likely to have comorbidities such as diabetes which can mask symptoms.

“The reason why we are so interested in it is because it is so important. It basically all contributes to your ischaemic time which is the length of time that coronary artery is occluded and therefore contributes to more dead heart muscle.”

She said public awareness campaigns to help reduce the patient delay component had been run in the past but had to be ongoing.

“You can’t just do it once and think you have solved the problem. It needs to be consistent.”

“But then the fact that there are delays pre-hospital, within the healthcare system, we really need to target education of the ambulance paramedics, and then even people working in the call centres.”

She said protocols should make a difference but don’t completely remove biases.

“Protocols certainly help. The more we have and the more they are followed the better but I think an ongoing education so people are aware of these biases is important as well.”

“It’s been ingrained into our culture and society for so long that women don’t have heart attacks and are at lower risk of heart disease….there is no individual healthcare provider to blame. It shows it is ingrained through everyone.”

Associate Professor Zaman noted that women can have more subtle ECG findings because they are more likely to have the right coronary artery blocked.

“Men are slightly more likely to have the left anterior descending (LAD) artery blocked which usually gives more dramatic ECG changes… it is not the main reason but it adds to it.”

The study said artificial intelligence and machine learning may also be useful in reducing implicit bias originating from healthcare providers.