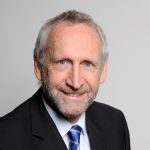 In what is claimed to be the largest trial of its type, Professor Doug McEvoy and colleagues from Flinders University, South Australia, found a positive effect of CPAP treatment on depression symptoms within six months, which persisted during 3.7 years of follow-up.

The analysis was based on data from the multinational study Sleep Apnea Cardiovascular Endpoints (SAVE) cohort of over 2400 patients with moderate to severe OSA and concomitant cardiovascular diseases.

The treatment effect became apparent at 6 months post-randomisation, and The positive effect of CPAP treatment on depression symptoms was more pronounced in patients with lower mood scores prior to treatment. However there was no apparent effect of CPAP on anxiety  symptoms.

Professor McAvoy said the number needed to treat (NNT) to prevent one case of depression was 15, which was comparable to remission rates achieved for some antidepressant drugs.

An additional systematic review combined the SAVE study findings with previous work provided further support of the treatment effect of CPAP for depression, the study authors said in Lancet EClinicalMedicine.

He said this was a significant result, given the conflicting findings of previous studies had been based on studies of small size and variable duration .

“Patients who have had a stroke or heart attack are prone to suffer from low mood and are 2 to 3 times more likely to develop clinical depression, which then further elevates their risk of future heart attacks and strokes,” said Professor McEvoy.

With up to 50% of patients with CV disease likely to have OSA, the study is “welcome news that treatment of OSA substantially relieves cardiovascular patients’ depressive symptoms and improves their wellbeing”.