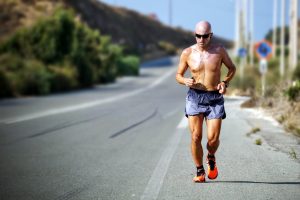 High levels of physical activity are associated with coronary artery calcification but not with increased all-cause or cardiovascular disease mortality, according to an observational study of almost 22,000 healthy US men.

Those men who exercised the most – more than five hours of week of vigorous activity or 3,000 MET-min/wk – were the most likely to have prevalent coronary artery calcification scores (of at least 100 Agatston units).

The men’s coronary artery calcification was assessed at baseline using electron beam tomography scanning and the men were followed for an average of 10 years. 759 deaths occurred during the study period including 180 CVD deaths.

However physical activity was no associated with a statistically significant increase in mortality.

“Indeed, in virtually every analysis, at any cut point of CAC or when considered continuously, individuals with the highest levels of physical activity had lower mortality than those with the lowest activity levels,” the study said.

“These results do not support the contention that high-volume endurance activity, with a mean of more than 1 hour of activity per day, increases the risk of all-cause or CVD mortality, regardless of CAC level.”

“Our findings should reassure patients and their health care professionals that it appears these highly active individuals can safely continue their exercise programs.”

An accompanying Invited Commentary in JAMA Cardiology said the study was reassuring for high-volume exercisers, despite some limitations such as relatively small numbers of men in the high physical activity and high CAC score group.

However they added that they would still advocate for consideration of CAC testing in high-volume exercisers with intermediate coronary risk profiles.

“High CAC scores were still associated with higher risk at any given physical activity level in this study, which is why CAC assessment is being promoted to help risk assessment and intensify preventive therapies, such as vigorous lipid treatment.”