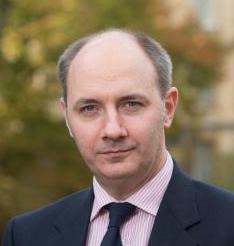 Combined treatment with an angiotensin receptor blocker (ARB) and beta-blocker could potentially delay the need for surgery in patients with Marfan syndrome, according to researchers who found that both drugs have similar and independent effects on reducing aortic root size.

Late breaking research presented at the ESC Congress 2022 in Barcelona showed that ARBs reduced the rate of enlargement of the aortic root by about half in patients with Marfan syndrome, including among those already taking a beta-blocker.

Researchers from Oxford University, UK told the meeting that beta-blockers are currently recommended to slow aortic root enlargement in Marfan syndrome, for which surgery may be performed to replace the aortic root when dilatation reaches 4.5–5 cm.

Since it has also been suggested that ARBs might also slow aortic root growth in Marfan syndrome, researchers from Oxford Population Health conducted a meta-analysis on behalf of the Marfan Treatment Trialists’ (MTT) Collaboration to assess the effects of ARB versus control, and versus beta-blocker on the rate of change in aortic root size adjusted for age, sex and body surface area. They also investigated, indirectly, beta-blocker versus control.

Effects were also examined in subgroups of patients, including those with or without a confirmed FBN1 pathogenic variant. The analysis included individual data on 1,442 patients with no prior aortic surgery from seven randomised trials.

The researchers first analysed four trials involving 676 patients and comparing an ARB with placebo or open control. The average age was 29 years, 54% were women, 75% were receiving a beta-blocker at baseline, and 83% of genotyped patients carried an FBN1 pathogenic variant.

During a median follow up of three years, ARBs approximately halved the annual rate of change in the aortic root Z score, a widely used measure of aortic root size. The annual increase was +0.07 with ARBs versus +0.13 with control, for an absolute difference of -0.07 (95% confidence interval [CI] -0.12 to    -0.01; p=0.012). Similar effects were observed when absolute aortic dimensions were analysed.

Study investigator Dr Alex Pitcher, Consultant Cardiologist at Oxford University Hospitals, said the benefit of ARB therapy was particularly large in patients with an FBN1 mutation at baseline, making it more plausible that the effect is real.

“There were no other detectable differences in treatment effect depending on other patient characteristics, including age, sex, and blood pressure. The benefit of ARB treatment was similar regardless of whether patients were taking a beta-blocker.”

The researchers then analysed the remaining three trials, which involved 766 patients and compared an ARB with a beta-blocker. The average age was 14 years, 44% were female, none of the patients were receiving a beta-blocker prior to randomisation, and 86% of genotyped patients had an FBN1 pathogenic variant.

During a median follow up of three years, the annual change in the aortic root Z score was similar in the two groups (absolute difference ARB minus beta-blocker 0.03; 95% CI -0.05 to 0.10).

Results from the two analyses were used to indirectly evaluate the effect of a beta-blocker compared with control. Allocation to a beta-blocker was also estimated to approximately halve the annual change in the aortic root Z score (absolute difference compared with placebo: -0.09; 95% CI   -0.18 to -0.0033; p=0.04).

“Our results suggest that ARBs and beta-blockers have similar, substantial and independent effects on reducing the aortic root Z score which, if maintained over a period of several years, would be expected to delay the need for elective aortic root surgery,” Dr Pitcher said.

“The findings indicate that combination therapy, where tolerable, may benefit patients with Marfan syndrome.”