More proportionate funding for cardiovascular research heads a wish list for the profession but it’s not the only challenge. Screening, risk stratification and equitable access to costly medications and devices also received mentions when the limbic spoke to two cardiologists for their take on what’s on the agenda in 2019. 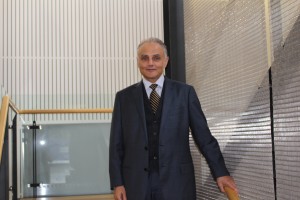 Professor Len Kritharides, head of cardiology at Concord Repatriation General Hospital and CSANZ president, said there was a clear need for new guidelines on lipid management and cardiovascular risk assessment in Australia.

He said the current risk calculators were now many years old and due for an update.

“We need to be developing ways of identifying the highest of the high risk patients in CVD so that we can facilitate access to emerging more expensive therapies such as PCSK9 inhibitors.”

“These are secondary prevention or primary prevention for high-risk population relevant medications that are not cost effective based on our current evaluations, but they might be if we helped identify the highest of the high risk.”

“And so I think one of the challenges for us in 2019 is to find ways of facilitating the transfer of medical research knowledge to the clinical shop front. We want to reduce the time it takes for really compelling research to be available to our patients but to do that we will have to find out how to identify the highest risk patients so it is cost effective.”

He said the place of CT coronary angiography and CT calcium scoring in the primary prevention population to identify the highest risk patients was still not clear-cut.

“So there is very clear data that if we have coronary disease on a CT scan or a high calcium score on a CT scan, we are at much higher risk of having coronary events in the future.”

“However there are no guidelines anywhere and certainly not in Australia for identifying who in the primary population should be screened systematically to identify that high-risk group. So that is a challenge for us and it is something which will need to be taken on board as we look at revising our risk calculators in the future.”

“It may help stratify in both directions. It might identify the highest risk people but may also identify the people that may not need to be on statins, although that would need to be proven.”

“The challenge is having a sensible approach as to who should be evaluated with a CT scan because we need to consider the risks as well as the harms such as the radiation risks and the potential risks of identifying non-significant lesions and creating concerns that may not need to be there.”

“This is a really important area because this sort of information often comes to clinicians incidentally and once it is there, people follow pathways to investigate things systematically but we haven’t worked through who should be getting screened at all.”

“Especially in the aortic valve space, it will be a question of identifying the patients who need to get a percutaneous valve as distinct from an open operation and clarifying the durability of those valves because there has been quite a large shift, in overseas literature at least, regarding the use of percutaneous versus open surgery.”

“Most of the literature has been in the highest risk populations who can’t have open heart surgery and that has certainly been the case in Australia, but if the goal posts change and TAVI becomes indicated for people with less operative risk then there will be quite a serious discussion to have regarding cost, availability and also being clear that it is the best option for people who aren’t the frailest and oldest in the population.”

He said there will also be interesting, ongoing discussion regarding screening for atrial fibrillation (AF) in the population.

“We know we can reduce the risk of AF with aggressive lifestyle measure like losing weight, controlling blood pressure, etc. But in addition we also know that almost certainly there is an under-recognised burden of AF in the community and there are various strategies for trying to identify that.”

“There are technical challenges with this because there can be false diagnoses … and making sure we identify the highest risk population is important because they will be the people who need to be anticoagulated to reduce the risk of stroke.”

He noted screening required ‘a very wide net’ and potential strategies such as point of care evaluation in primary care, mobile devices and wearable technology.

“But then filtering the information, ensuring it is high quality and then taking in the clinical context is the challenge after the initial screening.”

Professor Kritharides also highlighted the growth area of cardio-oncology with increasing access to biological therapies and the potential for quite distinct and harmful effects on the heart.

“And this is a very important area because often the outcomes of people with cardiac effects related to medication depend on how quickly it is spotted and intervened upon.” 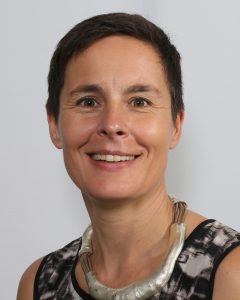 However, as part of the Australian Cardiovascular Alliance, she was currently focused on the big picture and advocacy for improved funding and a strategic Australia-wide approach to cardiovascular research.

“Australian cardiovascular research has been performing above its weight for a long time and has been recognized for its contributions to the most fundamental discovery through to innovative translation and large-scale clinical trials and epidemiology work,” she said.

However there was an opportunity to do much more.

Oncology was an example of an area where the high quality of researchers combined with funding more proportionate to the burden of disease had led to great improvements in clinical care and outcomes.

“And on top of that we have really demonstrated the return on investment (ROI) is massive. The average ROI for medical research in Australia is about $3.50 for every dollar invested but for cardiovascular research it is actually anywhere between $8 and $9.80 – probably due to the burden of disease and therefore the market for any biodiscovery or innovation.”

As outlined in a recent editorial in Heart, Lung and Circulation, some of the proposed strategic flagship areas include precision medicine, drug discovery and bioengineering across atherosclerosis, heart muscle disease and arrhythmias.

She said there was still ‘missing biology’ in disease such as atherosclerosis that if unraveled would help identify people earlier in the development of disease rather than waiting until they present with a heart attack.

“That angle is really important whether you are talking about heart failure or coronary disease or stroke. We are currently relying on algorithms that look at traditional risk factors for identifying people with disease, rather than trying to improve our ability to detect early disease and personalise treatment a little better.”

“The improvements in technology and bioinformatics around small molecules that can be measured in the blood offer new hope to figuring out new markers and new mechanisms for some of the commonest forms of cardiovascular disease.”

While not expecting any leap forward with single genetic causes for common cardiovascular diseases, she said the proteome and the metabolome may be much more helpful.

“The goals of precision medicine are to use clinical data but also to increase molecular phenotyping of patients in this multi-omics approach that could allow us to better understand the individual patients and better target preventive and therapeutic strategies.”

“We envisage a much more intricate understanding of disease based on a combination of different molecular makers, beyond the genome.”