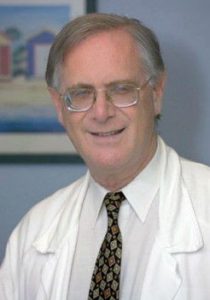 A prominent cardiologist has accused the South Australian government of stealthily gutting cardiac services at a major Adelaide teaching hospital.

Ahead of next month’s state election, the director of cardiology at Queen Elizabeth Hospital Professor John Horowitz, a vocal critic of the Labor government’s health reforms, alleges it has failed to deliver on a promise to fully restore the hospital’s cardiac services to full capacity.

Last June the state government announced a $270 million redevelopment of the acute care teaching hospital, based in Adelaide’s western suburbs, including a new emergency department.

But evidence for any restoration is “essentially non-existent” with the unit now facing critical shortages of doctors, nurses, cardiac technologists and scientists and no effort has been made to replace ageing equipment in the cardiac catheterisation laboratories, Professor Horowitz wrote in an open letter to the SA Health Minister Peter Malinauskas, co-signed by Emeritus Professor Warren Jones from Flinders University’s college of medicine and public health.

“Your public promises of full restoration of services at the Queen Elizabeth Hospital are not being kept,” the letter claims. “In fact, the damage to these services is ongoing on a stealthy but continuous basis.”

The “covert downgrading” of the hospital has led to to the imposition of a curfew at the cardiac unit, which no longer treats patients with presumptive heart attacks after hours and on weekends, with ambulances diverted to Royal Adelaide Hospital.

“The basis for this diversion is the contention that out-of-hours anaesthetic cover at QEH is now suboptimal; a situation caused by your department,” the letter said.

“The current continuing downgrade of the QEH makes a mockery of the government’s pledge to restore important specialist services at the hospital…The extensive advertising of the re-development of the hospital is hypocritical and misleading. We urge you to urgently review the continued covert downgrading of the QEH.”

Responding to the claims, a spokesperson for Health Minister Peter Malinauskas told the limbic details of the redevelopment were  only announced in November, following consultation, and since then efforts have been made to recruit staff to enable the “restoration of 24/7 emergency cardiac cover at the QEH as soon as possible”.

Already, nurses and echo technicians have been recruited, and 4 FTE anaesthetist registrars would join the unit after June.

“An extensive audit of all cardiology equipment has been conducted to determine future requirements. Two ECG machines for cardiology have already been procured, with final decisions over cardiology upgrade requirements currently awaiting agreement by cardiology clinicians, including Professor Horowitz.”

“The first stage of the QEH redevelopment is due to begin in the coming month, starting with the demolition of two houses on the site to enable the 500-space carpark build to begin.” ​​