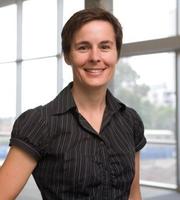 Further evidence of the cardiovascular benefits of SGLT2 inhibitors in diabetes has emerged showing  a protective effect of canagliflozin against heart failure, especially in patients with pre-existing disease.

While CANVAS trial results from more than 10,000 patients have already shown a reduced risk of composite cardiovascular outcomes with canagliflozin (Invokana), a new analysis by Australian researchers shows a 30% reduced risk of fatal or hospitalised heart failure with the drug compared to placebo in patients with type 2 diabetes and a high cardiovascular risk.

Published in Circulation, the study co-authored by Professor Gemma Figtree, a cardiologist at the Kolling Institute of Medical Research and Royal North Shore Hospital, Sydney, shows that the risk of cardiovascular death or hospitalised heart failure was reduced by 22% in patients treated with cana compared to placebo (16.3 vs 20.8 events per 1000 patient years).

Rates of hospitalised heart failure alone were reduced by 33% in the trial that enrolled 10,142 patients with type 2 diabetes and had a mean follow up of 188 weeks.

The reductions in heart failure risk  were seen across most subgroups and were seen on top of  other treatments for heart failure such as ACE inhibitors, diuretics and beta blockers.

The previously known adverse effects of the SGLT2 inhibitors, such as amputation and fracture occurred at similar rates in patients with and without heart failure.

Professor Figtree and co-authors said the benefits on heart failure appeared early during follow up suggesting a mode of action driven by volume and haemodynamic effects.

“Reductions in preload and afterload stemming from natriuresis, systemic blood pressure lowering,  modification of the intrarenal renin angiotensin axis,  and reduction in arterial stiffness may all contribute to the protection afforded,” they wrote.

There could also be a direct positive effect of the SGLT2 inhibitor on cardiac metabolism attributable to a shift from fatty acids to ketones as a fuel source in heart failure, they added.

The benefits on heart failure were comparable to those seen in a trial with another SGLT2 inhibitor, empagliflozin (Jardiance),  they noted.

“The CANVAS Program data provide clear evidence of the protective effects of canagliflozin on heart failure and, in conjunction with EMPA-REG OUTCOME, suggest an important role for SGLT2 inhibitors in the prevention of heart failure among patients with type 2 diabetes mellitus,” they concluded.